Dubai Pushes The Pedal To The Metal On Driverless Cars

Already home to the world's biggest skyscraper, Dubai has another tall order to fill: By 2030, its leader wants 25 percent of all trips on its roads to be done by driverless vehicles. 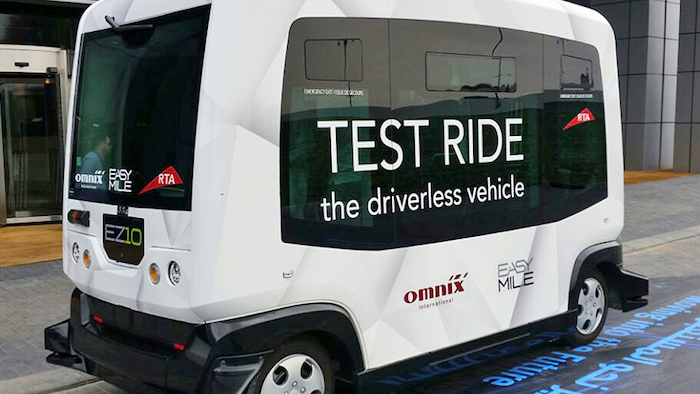 DUBAI, United Arab Emirates (AP) — Already home to the world's biggest skyscraper, Dubai has another tall order to fill: By 2030, its leader wants 25 percent of all trips on its roads to be done by driverless vehicles.

Monday's announcement by Sheikh Mohammed bin Rashid Al Maktoum came without warning and with few details, as is sometimes the case with the many aspirations of the leadership of the United Arab Emirates.

In this car-crazed city-state of over 1.5 million registered vehicles, it's not unusual to see Ferraris idling alongside Lamborghinis at traffic lights. And Dubai already is home to a driverless Metro rail system, which carried 178 million riders in 2015.

Smart-car technology is being used in some of the world's luxury vehicles, and it is advancing rapidly enough for the plan to become a reality — or a nightmare for the thousands of taxi drivers who now plying the streets among the sleek skyscrapers in the UAE's commercial capital.

In a statement carried by the state-run WAM news agency, Sheikh Mohammed said the plan would cut down on costs and traffic accidents. The project would be a joint venture by Dubai's Roads and Transport Authority and the Dubai Future Foundation, he said, without offering how it would be funded in the oil-rich nation.

"Today, we lay down a clear strategy with specific goals for smart transportation to form one of the key drivers for achieving sustainable economy in the UAE," said Sheikh Mohammed, who can be seen driving himself around Dubai in his white Mercedes-Benz G-Class SUV, license plate No. 1.

Mattar al-Tayer, the director-general and chairman of the Roads and Transport Authority, said his agency has contacted a number of driverless vehicle sellers and "plans to conduct live test-runs for these vehicles in Dubai."

His agency already has signed a deal with Toulouse, France-based driverless vehicle manufacturer EasyMile to conduct tests on their box-shaped EZ10, which carries up to 10 passengers, according to a statement from al-Tayer.

EasyMile referred questions to its Emirati partner Omnix, which did not immediately respond to a request for comment.

For now, Dubai and EasyMile haven't made any financial commitment to each other, said Ahmed Bahrozyan, the CEO of the Roads and Transport Authority's licensing agency. Instead, EasyMile is using the opportunity to test its battery life and air conditioners against Dubai's summertime heat, which goes easily beyond 40 degrees Celsius (104 degrees Fahrenheit), he said.

While still a nascent field, many big names are looking at entering the driverless market. Google began developing driverless cars in 2010. Traditional automakers such as Mercedes-Benz, General Motors and Toyota are working to gradually automate functions until vehicles potentially become fully capable of driving themselves.

Dubai may prove to be a good test site. It sees little rainfall and has a nearly new road system crowned by the E11 highway known as Sheikh Zayed Road, the country's longest thoroughfare that is a dozen lanes at its widest. But there are also high-speed traffic crashes and massive collisions caused by seasonal fog in Dubai and the rest of the Emirates.

Bahrozyan said Dubai has contacted Mountain View, California-based Google about its self-driving car, which he added had artificial intelligence far beyond the EZ10.

Google said in a statement that it has seen a lot of interest for self-driving cars and has talked to organizations and communities all over the world, without specifically addressing questions about Dubai.

The goal of 2030 is a "realistic timeline" for such an effort like Dubai's, said Jeremy Carlson, a senior analyst in autonomous driving at research firm IHS. Dubai's top-down government also will help push through such an effort, he said.

"By and large, technology is not going to be the bottleneck for bringing this to market," Carlson said.

But as drivers vanish, so do jobs. Dubai has a number of taxi companies, driven by a large labor force from India, Pakistan, Bangladesh and other mostly Asian countries. Bahrozyan, the Dubai transportation official, acknowledged their jobs could be at risk farther down the driverless road, although not immediately.

"I think it is very many years away, but what's exciting for people ... is obviously the safety factor, because not just in Dubai, but all around the world taxi drivers are on the road for many hours and are prone for making mistakes or their driving behaviors may not be the best," he said. "The other factor is the economic factor because the biggest cost of operating a taxi service ... is the driver." 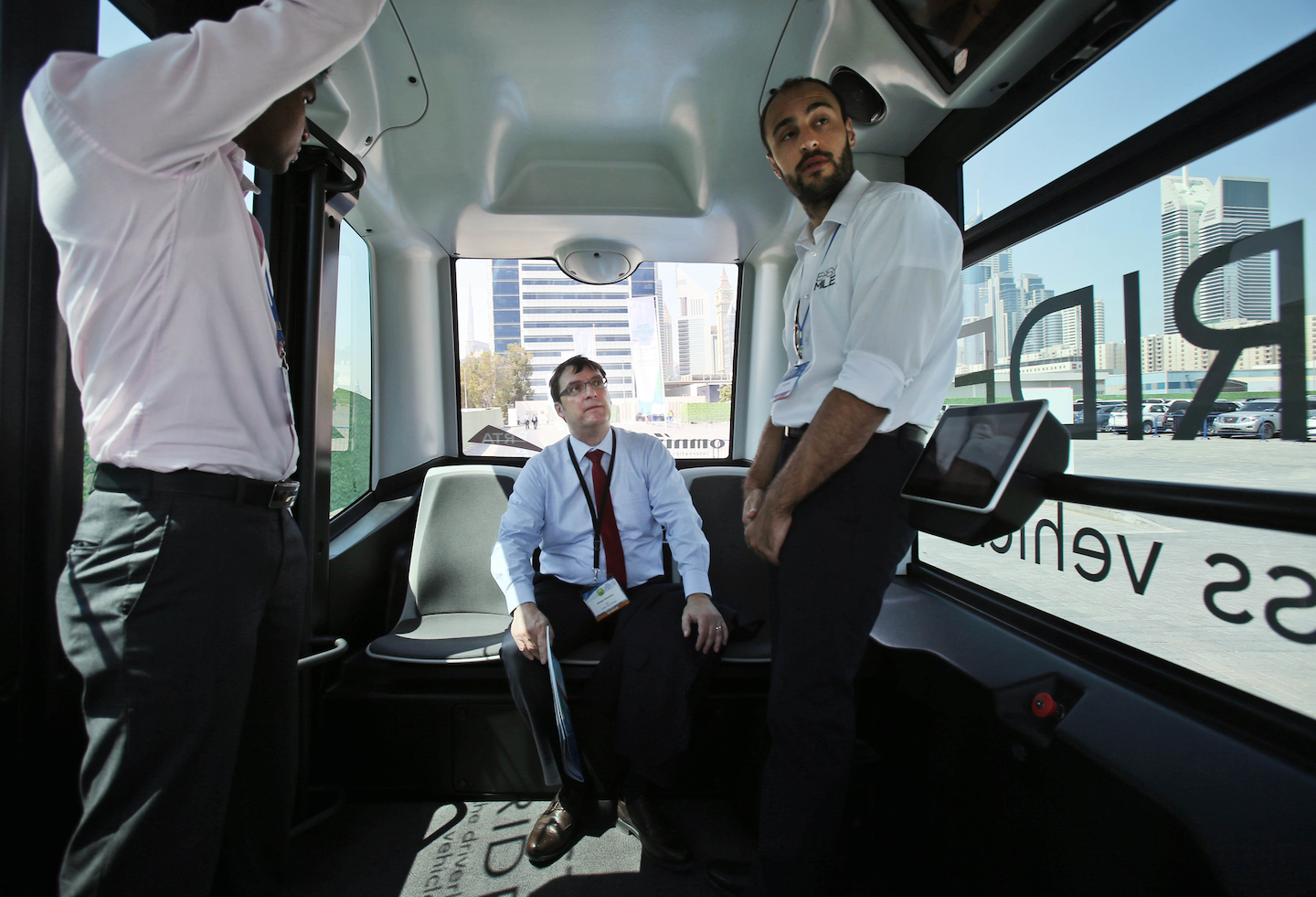