Company namesake and co-founder Henrik Fisker — who resigned in 2013 — said up to 20 of his original designers are working for the revamped company, although he said he isn't sure what, if any, role he would have. 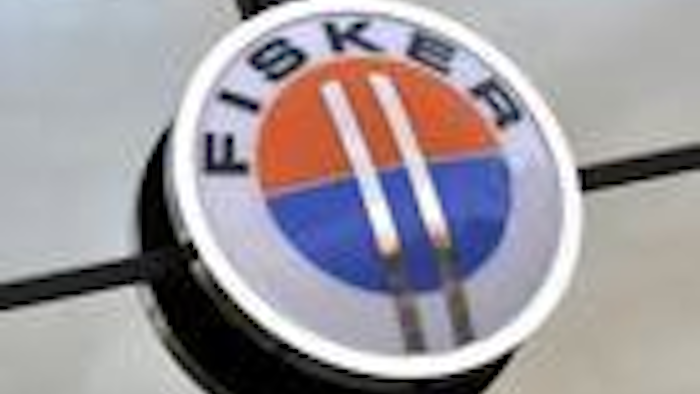 A highly touted electric vehicle maker appears ready to return from the dead.

The report said that new Fisker plug-in hybrid cars could go on sale as early as mid-2016.

Fisker in 2009 received a $529 million loan commitment from the U.S. Department of Energy, and its Karma plug-in hybrid model sold well despite the $100,000 price tag.

Subsequent battery problems, however, triggered a recall and the company declared bankruptcy in 2013.

The company sold less than 2,500 cars and plans to build new vehicles at a former General Motors facility in Delaware never materialized. The government said that it lost $139 million on the loan.

Chinese auto parts giant Wanxiang Group ultimately bought Fisker for $149 million, and spent another $257 million for A123 Systems, which made Fisker's batteries.

Company namesake and co-founder Henrik Fisker — who resigned in 2013 — said up to 20 of his original designers are working for the revamped company, although he said he isn't sure what, if any, role he would have.

"I am not certain about my role, but I am happy that what we created is not for nothing," Fisker told the Times.

The Fisker plant would add another electric car manufacturer in California; Tesla makes cars in Fremont in the Bay Area.

It would be the first auto production in Southern California since GM shuttered its Van Nuys plant in 1992. The plant is expected to employ about 150 workers.