American auto suppliers that are considering joining the burgeoning Mexican automotive sector need to make decisions in short order, according to a leading industry consultant. 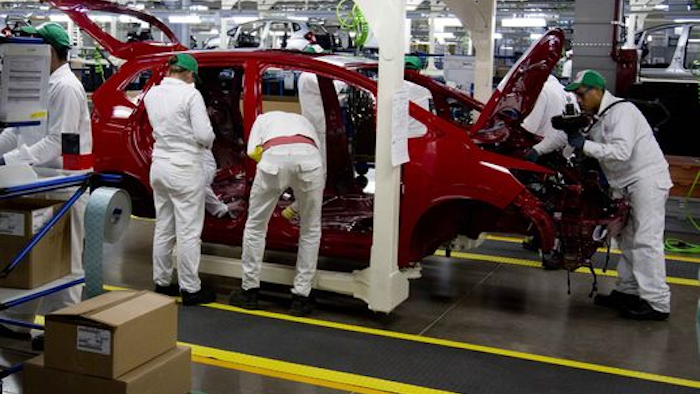 American auto suppliers that are considering joining the burgeoning Mexican automotive sector need to make decisions in short order, according to a leading industry consultant.

Daron Gifford, leader of the strategy consulting practice at Plante Moran, said that $23 billion in auto company investment entered the Mexican market in recent years, and that potential suppliers to those companies need to be in place in order to meet vehicle introduction deadlines within two to three years.

"If you’re a supplier to that vehicle and to that plant, you need to be online and you need to be through all of your certifications ... and make sure your parts are ready to go," Gifford told Doug Donahue of the Entrada Group, a Texas-based firm that helps foreign manufacturers establish production in Mexico.

Traditionally, Gifford said that automakers set up shop in Mexico to take advantage of lower labor costs. In recent years, however, rising infrastructure costs in China made the Mexican market more economical — particularly considering its proximity to the U.S. and Canada.

In addition, he noted that Mexico has favorable trade agreements with more than 40 countries, which could enable easier vehicle exports.

Gifford added that auto manufacturers are pushing their suppliers to locate in Mexico in order to reduce transportation costs and bolster production flexibility, but that U.S. suppliers, particularly smaller and mid-sized companies, could face challenges in making that move.

Gifford also said that suppliers that move to Mexico should attempt to diversify their operations, since relying on a single customer significantly increases a company's risk, and he acknowledged that Mexico needs to make progress in establishing a high-tech labor force.

Still, Gifford predicted that the rapidly growing Mexican auto industry shows little sign of slowing down, and he suggested that the growing presence of international automakers so close to the U.S. could benefit — rather than threaten — American companies.

"For the North American supplier, what used to be a closed market to them within the European or Japanese or Korean OEM, now may be an opportunity that opens up a bit," Gifford said.