Not Just Volkswagen: A List of Past Auto Industry Scandals

With Volkswagen's admission that 11 million of its diesel vehicles worldwide contain software that can rig emissions tests, the German automaker joins a list of auto industry scandals that spans several decades. 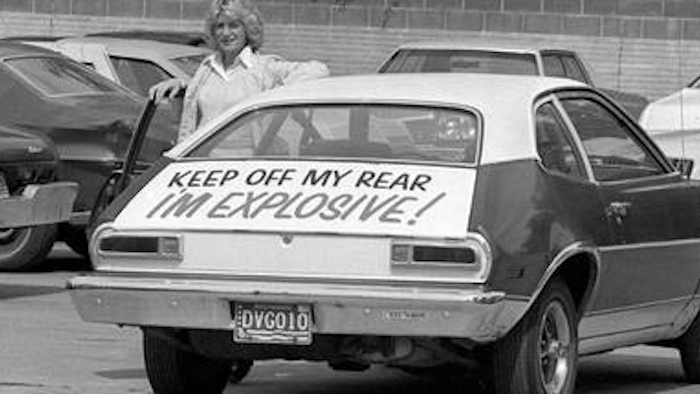 With Volkswagen's admission that 11 million of its diesel vehicles worldwide contain software that can rig emissions tests, the German automaker joins a list of auto industry scandals that spans several decades. Among them, Ford Pintos that burst into flames, Toyota vehicles that take off unintentionally and air bags that explode, showering a car's interior with shrapnel.

At least 27 people died during the 1970s due to the faulty position of fuel tanks in the Ford Pinto. In some cases, the fuel tank burst into flames following a rear-end collision. Ford recalled more than 1.5 million Pintos in 1978.

About 6.5 million Firestone tires were recalled in 2000 because the tires could shred, blow out or fail. Most of the tires were used in Ford SUVs and light pickup trucks. The National Highway Traffic Safety Administration said in 2001 that it received 271 reports of deaths and 800 injuries related to the faulty tires.

The automaker's faulty ignition switches have been linked to at least 169 deaths. The switch could slip out of the run position and turn the engine off while driving. Last week, GM agreed to pay $900 million to settle a criminal investigation over the ignition issue. GM has admitted that some employees knew about the problem for nearly a decade, yet cars equipped with the switch were not recalled until last year.

According to the latest figures from federal regulators, approximately 23.4 million driver and passenger Takata air bags made by on 19.2 million vehicles are being recalled and need to be replaced. The air bags can inflate too quickly and explode, sending metal shrapnel into drivers and passengers. The air bags, which were used in several vehicles, are blamed for causing seven deaths in the U.S.