Toyota To Resume All Domestic Auto Assembly Lines On May 6

Toyota Motor Corp. said Wednesday all of its 30 domestic auto assembly lines will be operating by May 6 after most were suspended due to a series of strong earthquakes that hit southwestern Japan in mid-April. 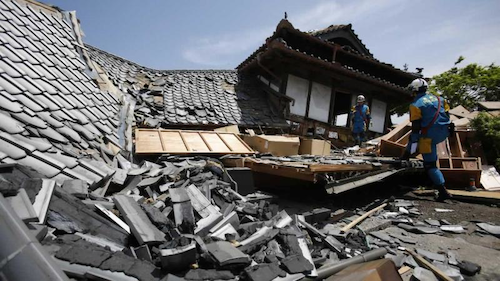 Toyota Motor Corp. said Wednesday all of its 30 domestic auto assembly lines will be operating by May 6 after most were suspended due to a series of strong earthquakes that hit southwestern Japan in mid-April.

A total of eight lines at five factories, including Miyata plant in Fukuoka Prefecture under Toyota Motor Kyushu Inc. and others in Aichi, Gifu and Mie prefectures, will restart production on May 6, the world's top selling automaker said in a statement.

The Japanese automaker had temporarily stopped car output at most of its domestic factories because damage from the quakes in Kumamoto and Oita prefectures interrupted the supply of door and engine parts from subsidiaries of Toyota group company Aisin Seiki Co. in Kumamoto city.

Since Monday, most plants with halted production lines have gradually resumed operations. Toyota now expects it can source a certain amount of the parts whose supply has been disrupted from alternative producers.

The company said all the lines will be in operation from May 6 to 14, and it will subsequently make a decision on future operations depending on the supply situation of parts.