If you were to take a drive to the supermarket right now, chances are you would encounter a vehicle being driven with unfixed recalled parts still in place. Heck, your vehicle could have an unrepaired part. 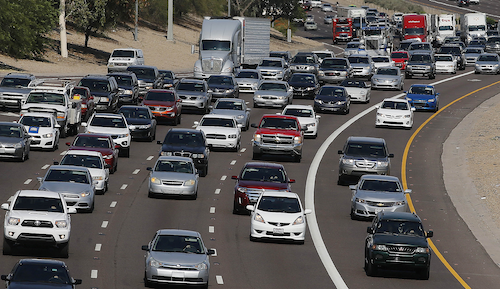 If you were to take a drive to the supermarket right now, chances are you would encounter a vehiclebeing driven with unfixed recalled parts still in place. Heck, your vehicle could have an unrepaired part.

According to a report by Carfax, more than 47 million of the vehicles being driven on U.S. roads today still feature one part that has been recalled due to safety issues. Carfax, who produces such a report annually, said that this year’s report signifies a year-over-year increase of more than one million unfixed vehicles.

"Our data shows there's still much hard work to be done in addressing recalls," said Larry Gamache, communications director at Carfax. "Many people still are unnecessarily risking their lives by not staying informed or taking action when their vehicle is under a recall. It's one of the many reasons family-oriented vehicles, including one in four minivans, are the most-highly impacted.”

Along with minivan owners, those using an SUV are most likely to be driving a vehicle with a faulty, recalled part. People living in Texas, Mississippi, Alaska, Utah, or West Virginia are more likely to own and operate such a vehicle than those living in other states.

More vehicles were recalled in 2015, 51 million, than any year before, according to the National Highway Traffic and Safety Administration.

Aside from keeping up with recalls as they are reported, you can check to see if a recall has been issued for your vehicle through a number of resources, such as Carfax’s ‘myCarfax’ app.