The automaker is struggling to meet production targets for its first mass-market car and is also spending heavily on future vehicles. 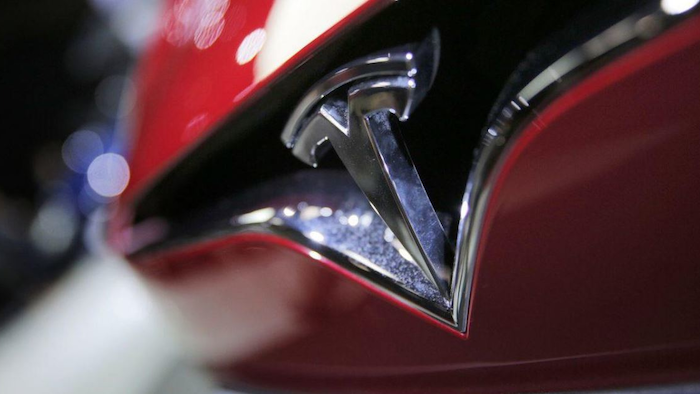 The day after Tesla and SpaceX CEO Elon Musk blasted his Tesla Roadster into space, his electric car company's mounting losses are set to bring him back to Earth again.

Tesla Inc. is expected to lose $3.15 per share for the fourth quarter, according to analysts polled by FactSet. The Palo Alto, California-based automaker is struggling to meet production targets for its first mass-market car, the Model 3 sedan. It's also spending heavily on future vehicles, including a semi that's supposed to go into production next year.

Tesla is expected to lose $8.90 per share for the full year. The company has never made a full-year profit since it went public in 2010.

Musk is a masterful marketer, and the red ink may not stem investors' excitement. The company's shares jumped 3 percent to $342.55 in early afternoon trading after SpaceX successfully launched its Falcon Heavy rocket on Tuesday with Musk's cherry red Roadster as its cargo. The convertible, with a dummy in a space suit at its wheel, is now heading toward an asteroid belt between Mars and Jupiter. Tesla's shares are also in the stratosphere, up 8 percent from the start of this year.

Here are some topics Tesla will likely address Wednesday:

SHIFTING TARGETS: Tesla delivered 101,312 Model S sedans and Model X SUVs last year, up 33 percent over 2016 and ahead of its targets, according to preliminary figures released last month. But it fell woefully short on the Model 3, which went into production in July. Tesla made just 2,425 Model 3s in the fourth quarter, and has pushed back production targets multiple times. Musk said last month that Tesla wants to be making 10,000 Model 3s per month by the end of the first quarter and 20,000 per month by the end of the second quarter. Barclay's analyst Brian Johnson expects those targets to remain on track, but said Tesla may give more guidance on when it will reach production of 40,000 models per month. At one point, Tesla had 500,000 people on a waiting list for the Model 3, but it's not clear if all of them are continuing to wait.

CEO PAY: This will be Musk's first earning call since last month's announcement of a proposed all-or-nothing pay package for him. The package requires Tesla, which is worth a little less than $60 billion now, to grow in $50 billion leaps to a staggering $650 billion market capitalization over the next decade. If Tesla doesn't meet those goals, Musk won't get paid. If it does, the package could vault him into the ranks of the world's richest people. The proposal must still be approved by Tesla's shareholders, who are scheduled to vote in late March.

CASH BURN: Tesla has lofty targets, including building a plant in China and launching a small SUV in 2020. It's also on the hook to build charging stations for its network of semi trucks. All that costs money, which Tesla is burning through at a fast clip. Tesla had a cash balance of $3.5 billion at the beginning of the fourth quarter, and it expected to spend $1 billion during the quarter. Johnson forecasts a $1.3 billion decline in cash this year. Investors will want to know what Tesla is doing to stem that flow and whether the company will try to raise additional funds this year.