General Motors is telling investors its next generation of electric vehicles will be profitable after the new version debuts in 2021. 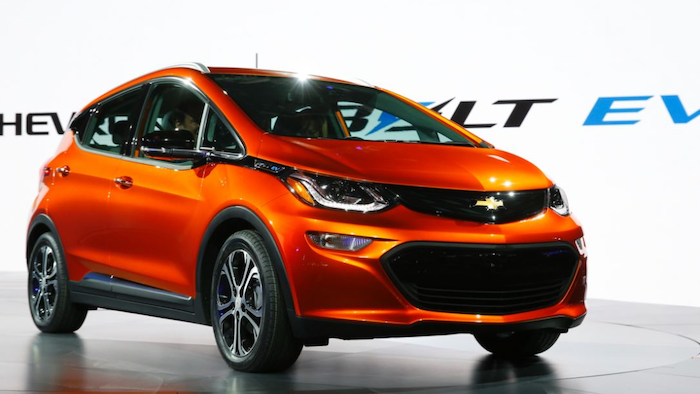 General Motors is telling investors its next generation of electric vehicles will cost the company 30 percent less than current ones, making them profitable after the new version debuts in 2021.

CEO Mary Barra made the forecast at the Barclay's Global Automotive Conference in New York on Wednesday. Despite the announcement, GM shares fell with the broader markets, dropping 7 cents to $42.93 in midday trading.

Here are more details from Barra's presentation to investors:

— She expects to cut battery cell cost from $145 per kilowatt hour of electricity to under $100 in four years, yet produce a range of over 300 miles because batteries will store more energy. Currently the Chevrolet Bolt electric car can go up to 238 miles on a single charge, among the longest-range EVs on the market.

— GM plans to reduce electric vehicle manufacturing and development costs by integrating the battery into the vehicle structure and by building multiple vehicles including SUVs and luxury cars off the same electric underpinnings.

— GM has pledged to roll out 20 new zero-emissions vehicles by 2023, with two new ones coming in 18 months. Currently most automakers lose money on electric vehicles.

— Barra says GM, through its Cruise Automation unit, is moving quickly to develop autonomous vehicles so the company can capitalize on the "biggest business opportunity since the creation of the internet."

— She says deployment of vehicles without a driver is coming in "quarters not years," but gave no exact time frame.