The Renault-Nissan-Mitsubishi alliance is gambling that mass-market drivers are going to pivot soon to electric cars. 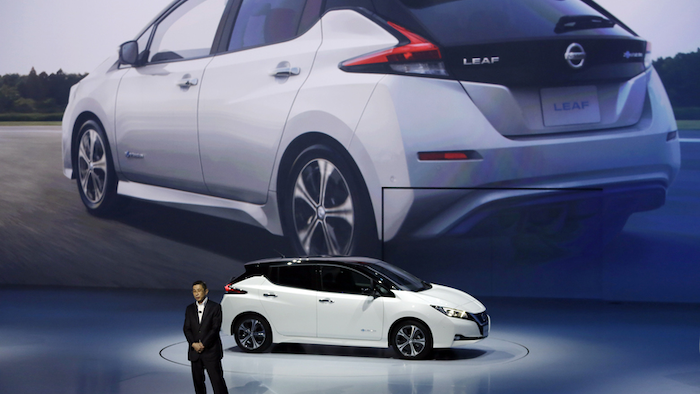 The Renault-Nissan-Mitsubishi alliance is gambling that mass-market drivers are going to pivot soon to electric cars, announcing plans Friday to produce 12 new electric models by 2022 and to make electric cars 30 percent of its overall output.

The carmakers — who collectively sold more vehicles than any other company in the world in the first half of this year — also announced plans to make "robo-taxis," driverless public transport vehicles and autonomous cars aimed at middle-class consumers.

The announcements are part of an overall strategic plan released Friday, aimed at taking advantage of the alliance's growing reach after taking over Mitsubishi last year to consolidate its position and make electric and driverless cars more affordable. They also unveiled a new logo for the three-way alliance and renamed it Renault-Nissan-Mitsubishi.

CEO Carlos Ghosn is betting that upcoming government restrictions on diesel and gasoline cars will push drivers to go electric instead.

"We don't' know how much time it's going to take ... but this is coming," Ghosn told The Associated Press in an interview. Britain and France have decided to ban new diesel and gasoline car sales from 2040 and China is considering a similar move.

"People are looking a little bit further in to the future, saying, 'I'm going to go electric because I don't want to have the problem with the car I have today three, four years down the road,'" he said. 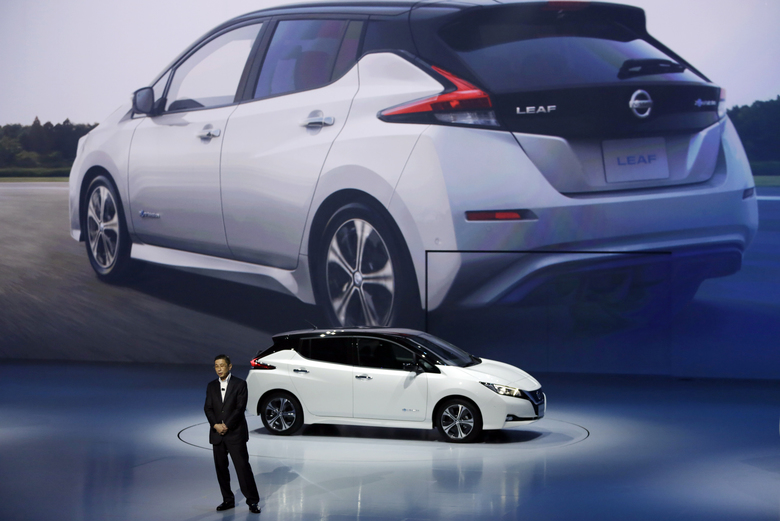 All major car companies are trying to position themselves to profit from the expected but unpredictable and chaotic changes overtaking the industry: autonomous cars, connected cars that share data, car-sharing where you don't own a vehicle but order one by app, and low-emissions vehicles demanded by the European Union to fight climate change and by China, where many cities are fighting rampant pollution.

Nissan was at first a leader in electric car with the Leaf, but it has been overtaken by GM's Bolt in terms of range and even the new Leaf does not quite catch up.

Ghosn said electric car sales are growing by more than 50 percent annually in some European markets, and that his alliance is watching China's emissions policies closely.

At a conference in Paris, the alliance announced that through 2022 it will also expand development of vehicles with different levels of autonomous technology, starting with partial human monitoring and ending with a fully driverless car that can ride on highways.

It said it is seeking to be a "key operator" of driverless ride-hailing services and to provide autonomous vehicles for public transit and car-sharing. It did not provide specific targets or potential partners.

Ghosn said the alliance is aiming to save 10 billion euros (about $12 billion) annually by 2022, notably by sharing more production platforms, purchasing and engineering, and through "human resources." He didn't elaborate on where potential job cuts might hit.