Nissan wants to foster a corporate culture that will produce manufacturing innovations in leaps and bounds instead of steady incremental improvement. 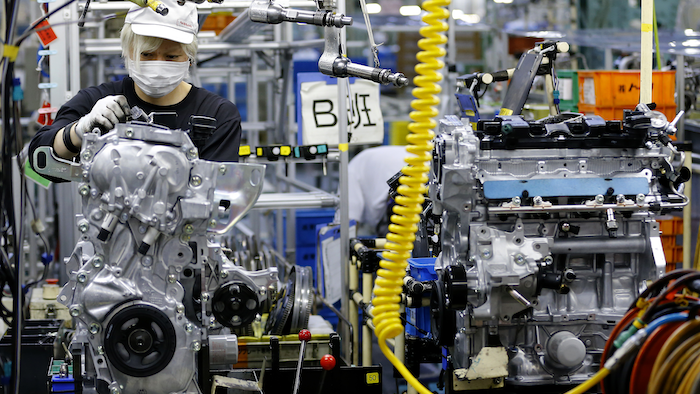 Aiming to get an edge on its rivals in an intensely competitive industry, Japanese automaker Nissan says it's attempting to foster a corporate culture that will produce manufacturing innovations in leaps and bounds instead of steady incremental improvement.

Its discussion of that effort is partly a swipe at bigger competitor Toyota Motor Corp. which for decades has favored the concept of "kaizen" or fine-tuning and bit-by-bit progress in auto manufacturing.

Kaizen has earned Japanese automakers good marks for reliability and quality and Toyota practically defined it as its "way," emphasizing daily effort by everyone from the lowest assembly worker to the chief executive. But Nissan Motor Co. says it is implementing novel manufacturing methods and has dozens of ideas in its development pipeline.

"The old-style kaizen gives you a 5 percent, maybe a 10 percent, improvement. But our team's goal is what we call 'kakushin,' to deliver change that's a multiple of the previous," said Atsuhiko Hayakawa, a corporate vice president who heads powertrain production at Nissan.

In an example at Nissan's Yokohama plant, shown to The Associated Press, a coating technology made the metal liner of a cylinder block of an engine about the tenth of its previous thickness, from 2 millimeters (0.08 inches) to 0.2 millimeters (0.01 inches). 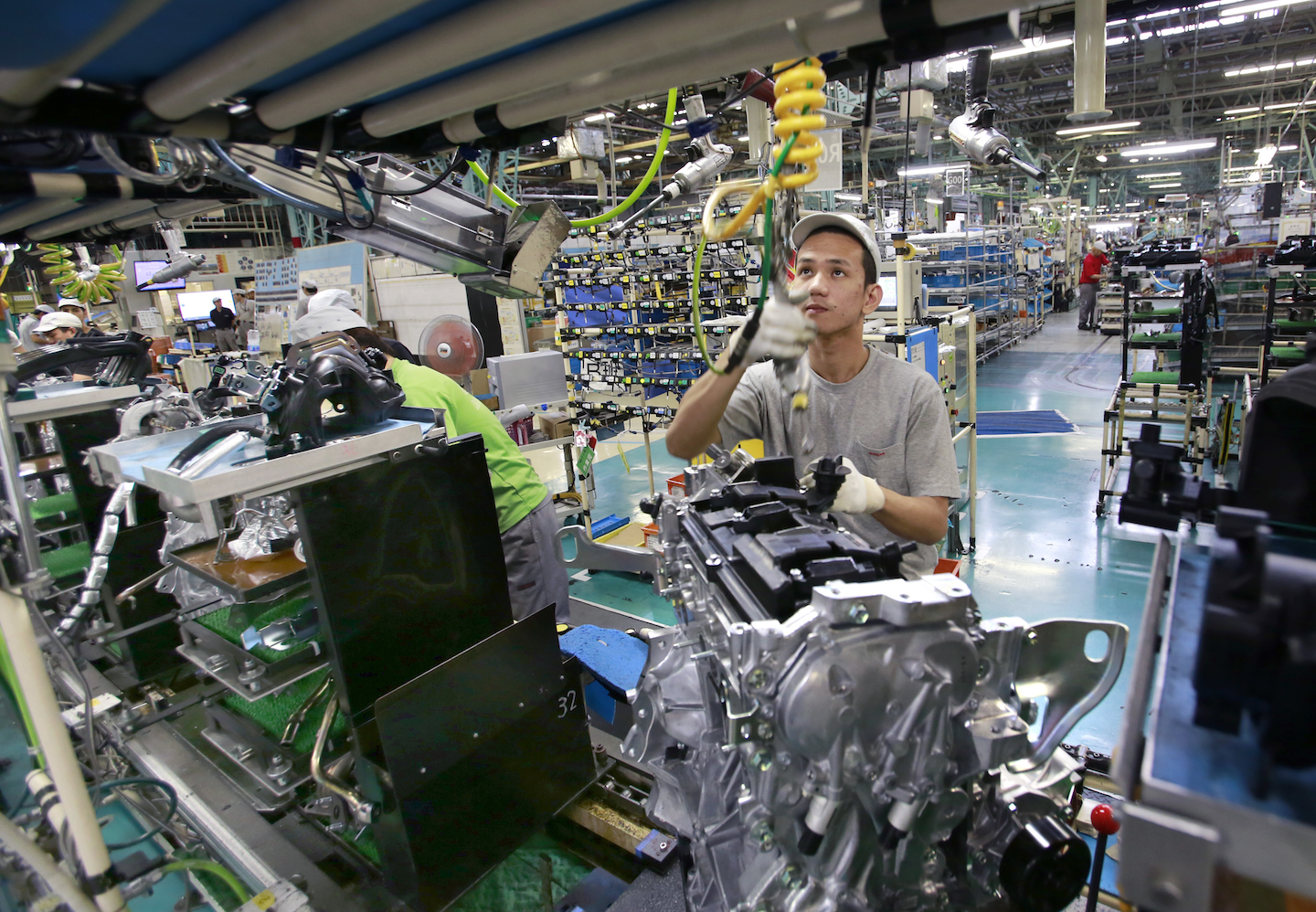 Instead of trying to reduce the cast-iron layer's thickness, bit by bit, a totally new approach was tried, spraying on molten iron, said Hayakawa who speaks with a passionate intensity rare for corporate Japan.

The metal liner technology has already been introduced for the GT-R sports car, but is now being expanded to other models, such as the Pathfinder sport-utility vehicle, Infiniti QX60 luxury SUV and the new Kicks global compact crossover, including production in Mexico and China.

It's now used for nearly half a million vehicles a year, or about 7 percent of Nissan's annual global production, and that will keep growing, according to Nissan.

Among other examples: Finishing a surface to a mirror polish to reduce friction in a part. A triple coating reduced to a single coating.

They all translate into cuts in investments, costs and preparation time for manufacturing, as well as a better product, according to Hayakawa.

The production initiatives are getting rolled out throughout Nissan's alliance, which includes Renault SA of France, Mitsubishi Motors Corp. of Japan, as well as more limited partnerships with other manufacturers around the world.

It's true that the kaizen efforts shown at Toyota plants can appear primitive to the eye, such as using gravity to shuttle objects and save on energy costs or rearranging the position of equipment on the plant floor. 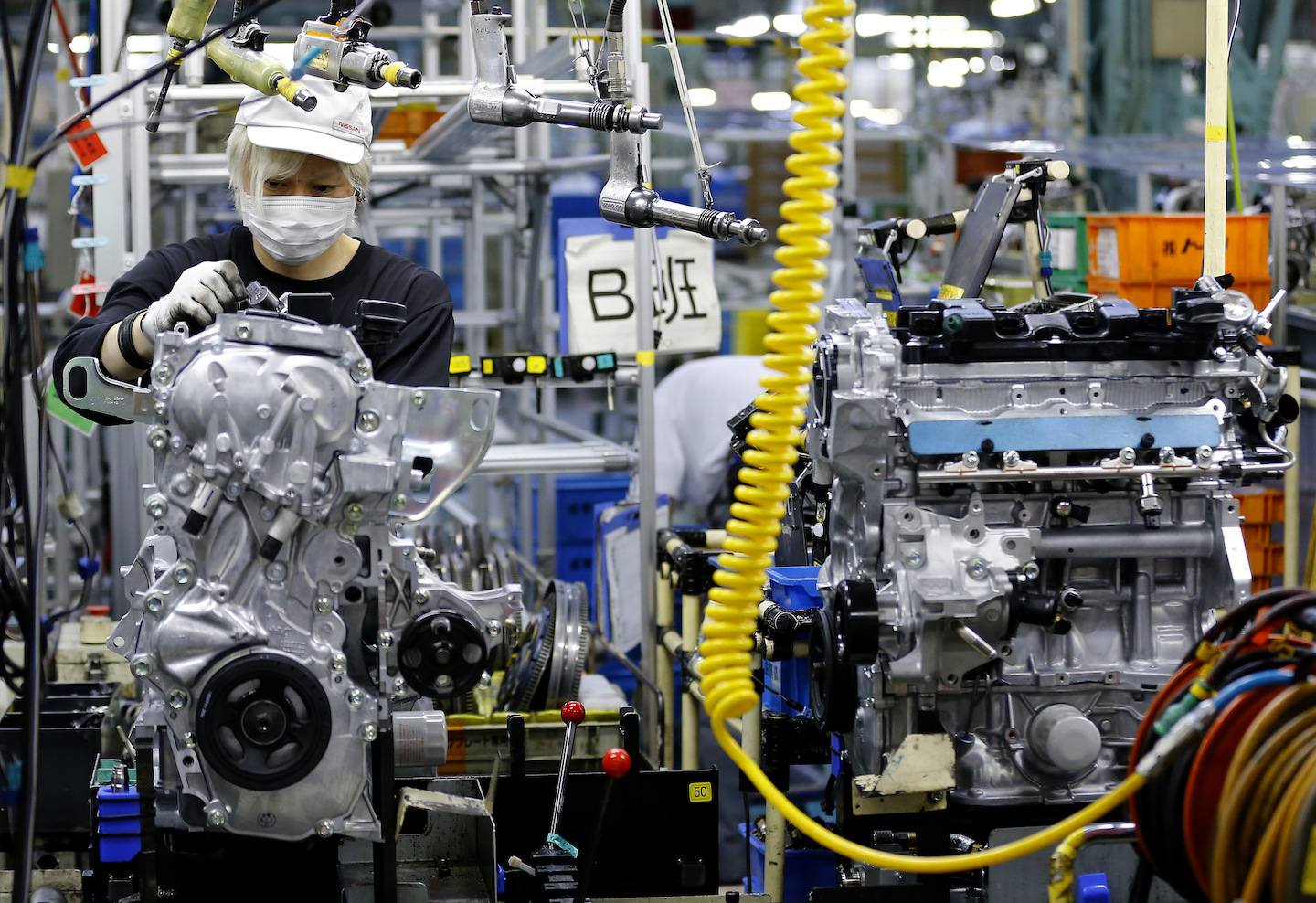 But it has many proponents and has been adopted outside the automotive industry in areas such as hospitals and warehouses.

Yavuz Bozer, engineering professor at the University of Michigan who advises companies on "lean manufacturing," said developments in the materials, artificial intelligence, 3-D printers and other advances open up potential for a revolution in manufacturing but that doesn't make Kaizen obsolete.

Toyota said the pursuit for the "ever better" way remained vibrant at its plants and offices.

"One can take up new challenges, but one can also simultaneously do daily kaizen," said spokeswoman Kayo Doi, while declining comment on other companies.

Koichi Murata, associate professor at Nihon University and an expert on lean manufacturing, believes the value of kaizen is not just measured in optimized efficiency, but also in how workers' lives are enriched.

"It is about making someone's work more fun and creative. And that has not changed, in the past, now, or for the future. It's about the workers on the ground," said Murata.