Experts estimate that up to 500,000 cars and trucks were damaged or destroyed by Hurricane Harvey, amounting to nearly $5 billion in damage. 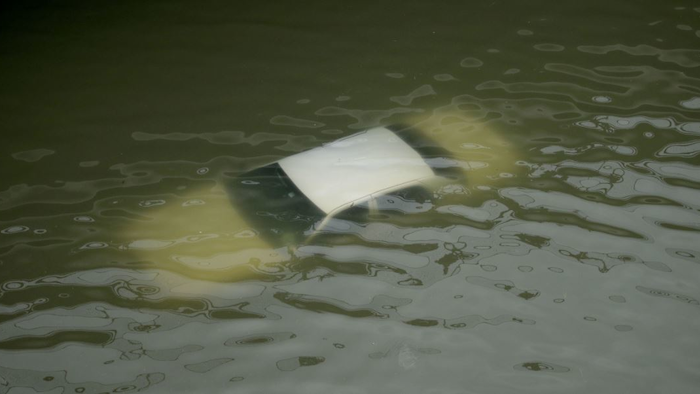 Bryan Harvey is frequently reminded that he shares a name with the storm that dumped 50 inches of rain on metropolitan Houston and unleashed the floods that have him working 14-hour days towing water-logged cars.

Even in their despair, some victims have salvaged a smile by posing for pictures in front of the "Harvey's Towing" sign on the side of his red Dodge Ram 5500 flat-bed truck.

More than a week after Harvey slammed Houston, wreckers like Bryan Harvey are still hauling cars and trucks from flooded neighborhoods to dealerships or to vast fields where insurance adjusters can assess the damage. Harvey killed at least 70 people, destroyed or damaged 200,000 homes — and inflicted an automotive catastrophe on one of America's most car-dependent cities.

The Houston area has lost hundreds of thousands of cars, says Michael Hartmann, general manager of Don McGill Toyota of Katy, a city of 17,000 about 30 miles west of Houston. "We have a shortage of rental cars and people not sure how to go about handling claims and just what to do with their lives."

The wreckage has forced Houstonians to scramble to try to rent or borrow cars or to work from home — if they can. Some have it worse: They can't return to work until they resolve the transportation problems, depriving many of them of income and slowing the city's return to business as usual.

Where Cars Are Everything

Few American cities depend on cars as much as Houston. More than 94 percent of the city's households have cars, second only to Dallas, the Cox Automotive consultancy says. Houston is even less amenable to walking, bicycle-riding and mass transit than freeway-mad Los Angeles, according to Walk Score, which promotes walkable communities.

Fourteen-lane highways link downtown Houston to its sprawling suburbs. Off-ramps are stacked five-high at some interchanges, inducing vertigo for motorists unschooled in driving Houston-style. Outside the city center, isolated islands of office towers are connected only by concrete and asphalt.

Cars are "everything here," Hartmann says. "Cars are part of a person's lifestyle. Most people in our area work 25, 30 miles from home." 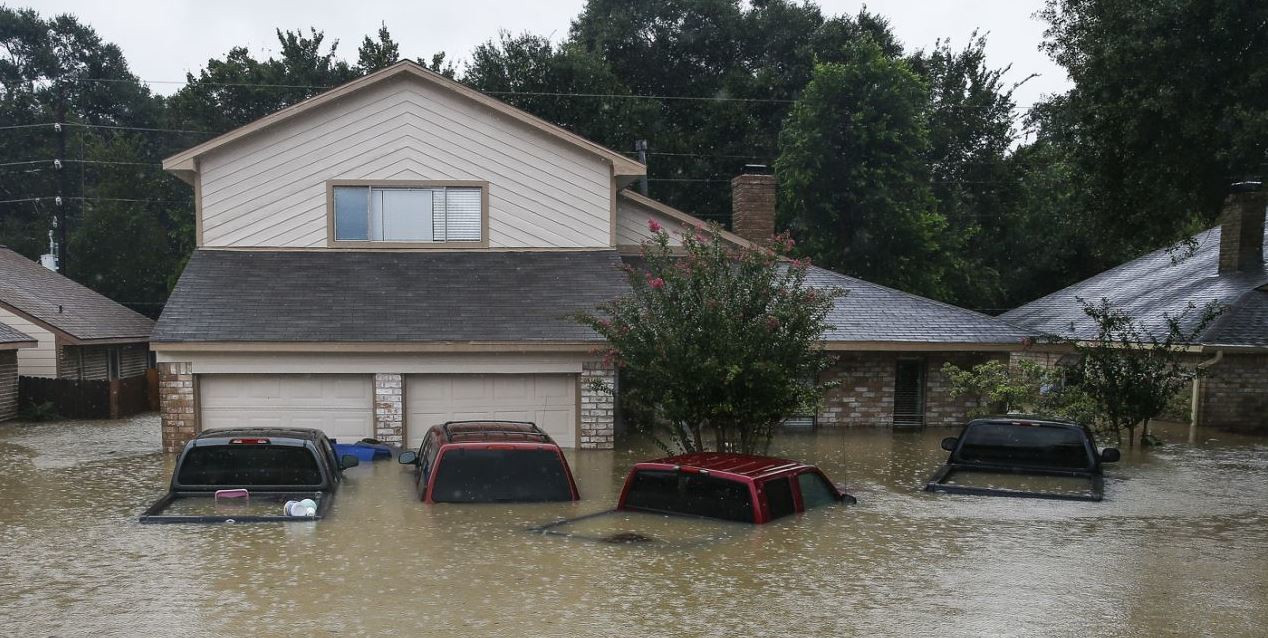 Houston is used to flooding. But it had never seen anything like Harvey, which dropped a year's worth of rain onto the metro area. Flooded roads and neighborhoods left cars submerged and, in most cases, impossible to salvage.

"Almost every square inch of your vehicle has wires in it," says Rebecca Lindland, executive analyst at Cox Automotive. "The materials are often flame-retardant, but they are not waterproof."

Cox estimates that up to 500,000 cars and trucks were damaged or destroyed, amounting to nearly $5 billion in damage. Auto insurance claims have reached 160,000, according to the Insurance Council of Texas. Cars are being taken by the hundreds to a make-shift lot at the 500-acre Royal Purple Raceway in Baytown, about 35 miles east of town. Most of the time, the insurance adjusters shake their heads at the damage Harvey has wrought and declare the cars a total loss.

"Put yourself in the shoes of the adjuster," says Mark Hanna, a spokesman for the Texas insurance council. "He's just seen, say, a 2015 Toyota Camry. He knows this vehicle has been underwater for six days. They can look at it, but they know water is all throughout that vehicle. They know it is totaled ... He's going to see the same vehicle many times."

Many insurers are reluctant even to try to repair cars that risk further problems and repairs later.

In the meantime, there's a desperate shortage of rental cars. Enterprise Holdings, which includes the Enterprise, National and Alamo brands, has moved thousands of vehicles to southeast Texas and plans to have brought in at least 17,000 by the end of September. The Avis Budget Group, which operates Avis and Budget, is moving 10,000 vehicles into the affected areas, waiving late fees, one-way rental fees and rental extension fees in and around Houston.

Tanya Dubose, executive director of the redevelopment council in Houston's Independence Heights neighborhood, loved her car, a 2010 Chevrolet Equinox with 140,000 miles on it. She kept her files in the backseat, along with paperwork on her family genealogy, a hobby of hers.

"I use my car for everything — to go to meetings, to lug people around," she says. "It was my office. It had Bluetooth speakers, so I could do business."

The Equinox has been missing since Harvey hit. The vehicle had been in the shop undergoing work, and the surrounding neighborhood was flooded.

"I have no idea where my car is," Dubose says.

She can't reach the mechanic who'd been working on it. Flooded out of her home, she's been getting rides from friends and has set up shop in a hotel near the George R. Brown Convention Center to help Harvey victims.

In Katy, Ysabel Saez, her partner and three daughters fled their apartment by wading through chest-deep water, leaving behind a Ford Escape sport utility and an F-150 pickup. Both had been swamped. Her Escape was insured; her partner's pickup wasn't. Without a ride, he's been unable to get to his job at an audio-visual company near the George Bush International Airport, over 40 miles away.

"We were doing fine," says Saez, who works as a nanny. "Now we're so behind. We want to get back to where we were."

Urban planners, like Kyle Shelton of Rice University in Houston, say the city and its suburbs were ill-prepared for a storm like Harvey.

Bus and train service is limited, especially in suburban areas such as Sugar Land, which never joined the region's transit authority. The region would benefit if people were living closer together rather than spread out over 2,000 square miles as they are now.

"Denser places would be more easily served and better connected to emergency services," says Shelton, director of strategic partnerships at Rice's Kinder Institute for Urban Research, who wonders whether Harvey will change attitudes toward suburban sprawl and the area's dependence on cars.

Hartmann at the Toyota dealership is skeptical: "I don't think it will change anything." Car culture runs too deep.

These days, Bryan Harvey, who runs a one-man towing operation, starts work at 7 a.m. and gets home after 9 p.m. Cellphones and police scanners let him know when someone needs a tow. The phone rings.

As Harvey tows the Kia, Jessica Kong mentions that it's the third car her family has lost to the storm. An employee for a billing company, she's been working from home. Others in her household have borrowed cars from family and friends to get around.

"Good thing we have a lot of family," she says.

Harvey pulls away in search of another stranded, water-logged car.

Sporting a tattoo, a knee brace and crucifix necklace, Harvey maneuvers his truck through Katy's muddy residential streets, past homes where mattresses, drywall and other debris are piled up on what used to be neat suburban lawns. In some places, the streets remain filled with a foot or more of water. Harvey drives cautiously to protect his truck and avoid swamping other vehicles in his wake.

Other motorists aren't so careful and stall in the flooded streets.

"Houstonians think their cars are boats," he says. "It's a recurring thing. They are attracted to it like bugs to light."

Harvey has car problems of his own. His youngest daughter was flooded out of her home and is living at his place. She also lost her car. She's borrowing a car from Harvey's girlfriend, who, in turn, is borrowing Harvey's. He doesn't need it much. He spends most of his time working in the Dodge Ram.

On Tuesday, he did five double loads — 10 cars — and ended up giving someone a ride after hours. He staggered home around 11.