Volkswagen Stakes Hopes Of US Sales Revival On New SUV

The new SUV is scheduled to begin production at Volkswagen's lone U.S. plant in Tennessee toward the end of this year. 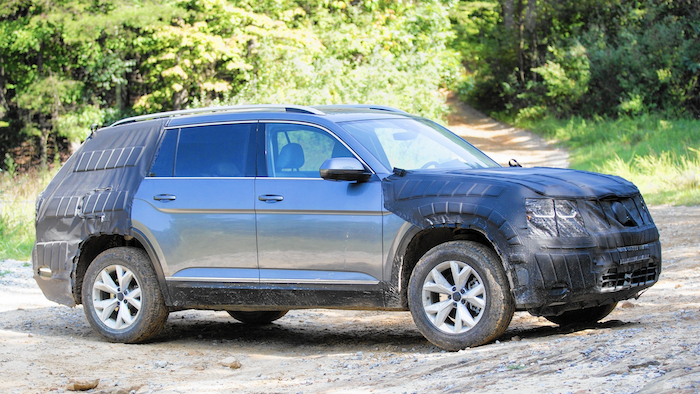 A camouflaged prototype of Volkswagen's new midsized SUV is seen on an off road trail at Prentice Cooper State Forest near Chattanooga, Tenn., Monday, Aug. 29, 2016. The German automaker plans to begin production of the new model at it Chattanooga plant later this year. (AP Photo/Erik Schelzig)

Volkswagen's new SUV comes with a feature that automatically controls braking to each wheel as the seven-seater descends on slippery off-road terrain. The German automaker is staking its hopes on the new model being just as adept at arresting the company's sales woes in the United States.

The midsized SUV was seen as key to reviving flagging U.S. sales even before the Volkswagen's diesel emissions cheating scandal rocked the company to its core and caused one of the world's largest automakers to reassess how it does business around the globe.

The new SUV is scheduled to begin production at Volkswagen's lone U.S. plant in Tennessee toward the end of this year, with the yet-to-be-named vehicle arriving in dealer show rooms early in 2017.

Volkswagen sales through the first seven months of the year were down by 13 percent compared with the same period before the news of the emissions scandal broke in 2015. The Tiguan compact SUV has been one of the company's few bright spots in the U.S., with sales growing by 49 percent over the same period.

The company hopes to build on that success with the new midsized SUV. Following a test drive of a camouflaged prototype of the new vehicle, Matthias Erb, the chief engineering officer for Volkswagen's North American region, said the new SUV fills a gap that Volkswagen had when it came to growing families.

"If someone already had a Passat but wanted something bigger after having two kids, we didn't have anything to offer them," Erb said in an interview with The Associated Press, conducted in German. "The Tiguan was too small because a compact SUV offers essentially the same space as a midsized sedan."

According to Autodata Corp., midsize SUV sales were up 4.5 percent in the U.S. through July. That's more than 3 times the total industry increase of 1.3 percent, so this is an extremely popular segment. 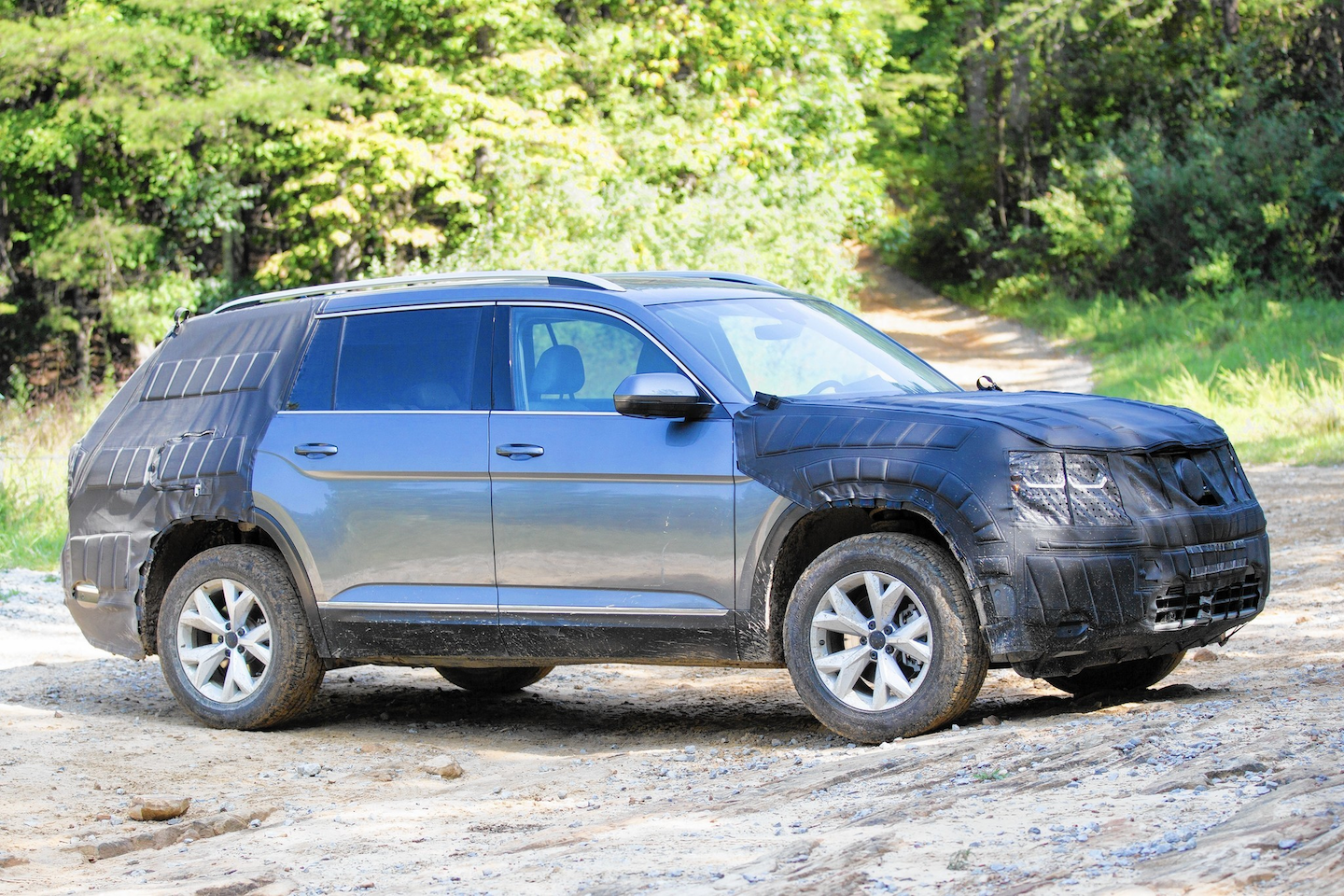 A camouflaged prototype of Volkswagen's new midsized SUV is seen on an off road trail at Prentice Cooper State Forest near Chattanooga, Tenn., Monday, Aug. 29, 2016. The German automaker plans to begin production of the new model at it Chattanooga plant later this year. (AP Photo/Erik Schelzig)

Volkswagen's SUV is coming at a good time for the company — provided it is priced competitively, said Rebecca Lindland, a senior analyst for Kelley Blue Book.

Challenges will include changing perceptions among consumers accustomed to thinking of Volkswagen as selling compact sedans, and to try to ensure the SUV fits U.S. tastes by fostering a culture of being "listeners rather than tellers," Lindland said. That way the company can develop an understanding of "what the U.S. market needs versus what other markets need around the world — however illogical or emotional it may seem."

Volkswagen officials also promise that the new model will be priced competitively with existing SUVs, a segment of the market where Volkswagen has struggled in the past. The company is also keen to avoid repeating mistakes it made with the U.S. version of the Passat, which made an initial splash but then fizzled as the buyers were left underwhelmed compared with the European version.

The company has since decided to add a new engineering center near the plant to better adapt to local tastes.

But those changes will be limited to the interior and exterior of vehicles, because Volkswagen builds a shared construction platform for vehicles around the world, and it isn't going to be able to develop chasses and engines specifically for the U.S. market. Erb said that's hard to overcome, in part because U.S. customers don't need vehicles that can hold their own on the Autobahn.

"Our cars are always laid out for top speed — including the B-SUV, which can be driven at speeds that would guarantee landing you in jail here without running the risk of exceeding its limits," Erb said.

The success of the new SUV is also key to the future of the Chattanooga plant, which has only made the Passat sedan since opening to great fanfare in 2011. Most of the other Volkswagens destined for the U.S. market are made in Mexico.

"One vehicle for a whole plant is never good," Erb said.