Ford Surprises With Lower 2Q Profit On Trouble In US, China

Ford's shares tumbled after it reported weaker-than-expected second-quarter earnings and warned that things could get worse. 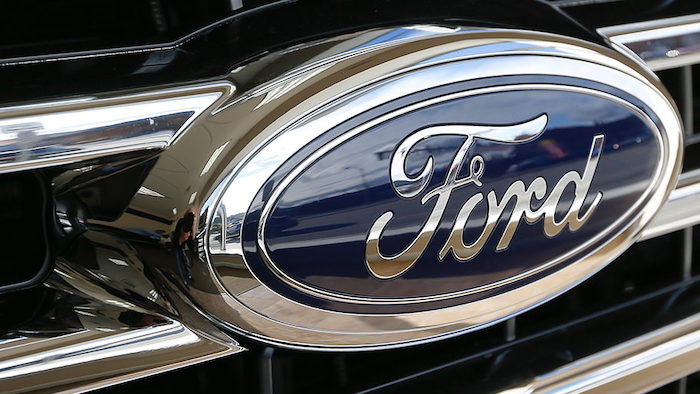 Ford Motor Co.'s shares tumbled Thursday after it reported weaker-than-expected second-quarter earnings and warned that things could get worse in the second half of the year.

Ford's net income fell 9 percent to $2.0 billion in the second quarter as the company struggled with flattening U.S. sales and a tougher market in China.

The Dearborn, Michigan-based company said its full-year guidance — which calls for a pretax profit of $10 billion to $11 billion — remains intact but is at risk. Among the looming issues in the second half of this year are the expensive launch of Ford's new aluminum-sided Super Duty pickup truck and an expected $145 million hit to sales in Britain because of its vote to leave the European Union.

Ford CEO Mark Fields said the company will take actions to improve its results, including cutting production to meet demand and making sure all markets have the right mix of vehicles.

"It's kind of like when you're having a bad golf game you just play through it," he said.

It wasn't the result many had expected. After Ford's chief rival General Motors Co. reported last week that its second-quarter profit more than doubled to $2.87 billion, many analysts thought they'd hear similar good news from Ford.

There was some good news. Because of its strong first quarter, Ford still managed to a record first-half operating profit of $6.8 billion. In Europe — long a trouble spot — second-quarter sales rose 11 percent and pretax profits nearly tripled to $467 million, thanks in part to stronger sales in Russia.

But Ford also fed into many investors' lingering worries about slowing U.S. sales and market pressures in China.

"They're trying to underpromise and overdeliver for the back half of the year," said James Albertine, an auto analyst with Consumer Edge Research.

Ford's results reflected some Ford-specific problems, like the Super Duty launch. But its warnings about U.S. sales could dampen the whole industry. Ford's Chief Financial Officer Bob Shanks said after an unprecedented growth streak, the U.S. market is starting to plateau. Pretax results in the region fell 5 percent to $2.7 billion.

Ford's North American sales were flat from a year ago, and Ford's market share in the region didn't budge despite a big increase in incentive spending. Ford spent $3,475 per vehicle on incentives, compared to $2,700 in the same quarter last year, according to estimates from Kelley Blue Book.

"We don't see growth, at least in the near term," Shanks said. Ford lowered its estimates for full-year industry sales in the U.S.

There were other storm clouds. Shanks said Britain's exit vote will likely cost the company $400 million to $500 million annually in lower sales and weaker currency until the exit is completed. There's too much uncertainty to predict much after that, Shanks said, but the company is considering how to mitigate its risks. Ford is the top-selling brand in the U.K. and has engine and transmission plants there.

Ford's losses in South America also more than doubled to $265 million because of continuing economic issues in the region.

Ford Credit also surprised with a 21-percent decline in earnings to $400 million. Ford's credit arm noted an increase in delinquent accounts and lower auction values for small cars, which are in low demand.

Revenue was up 6 percent to $39.5 billion. Automotive revenue of $37 billion beat analysts' expectations. Ford sold 1.7 million vehicles during the quarter, which was flat from a year ago.