An overwhelming early demand for the more economical Model 3 forced the electric vehicle maker to significantly alter its timetable. 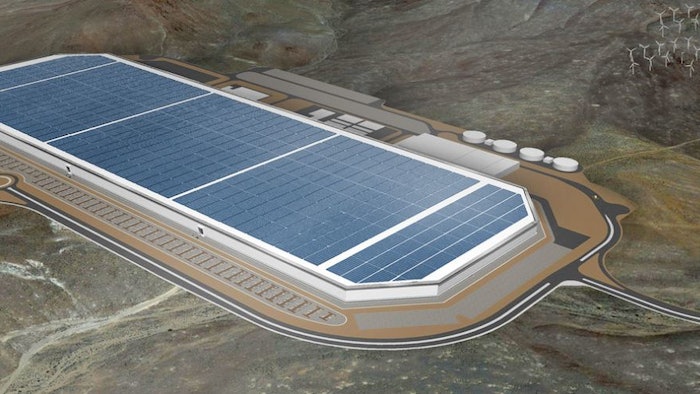 But the early demand for its more economical Model 3 evidently forced the electric vehicle maker to alter its timetable.

The Wall Street Journal reports that two shifts of construction workers — about 1,000 in total, or twice the previous amount — are on the job seven days a week at the massive complex outside Reno.

"We have to be ready with cell and pack production well ahead of vehicle production," Chief Technical Officer JB Straubel told the paper.

Tesla announced plans to build its Gigafactory at the Nevada site in late 2014. The plant will make the lithium-ion batteries so that Tesla factories could churn out far more vehicles.

Earlier this year, however, the automaker unveiled the Model 3. At about $35,000, the sedan is about half the price of its ultra-luxury models and the company's first foray into mass-market vehicle sales.

The move was the next step in plans to sell 500,000 cars by 2020, but more than 300,000 people pre-ordered a Model 3 in the first week that they were available. Tesla founder Elon Musk responded at the time that the demand would mean that the company was "going to need to rethink production planning."

Tesla now hopes to get the Gigafactory up and running before the Model 3 debuts next year. The 500,000-vehicle production goal, meanwhile, has been moved up to 2018.