EPA And VW Mum On Meeting Of Leaders Amid Emissions Scandal

Officials are keeping mum about whether any progress was made during a closed-door meeting on the automaker's emissions cheating scandal. 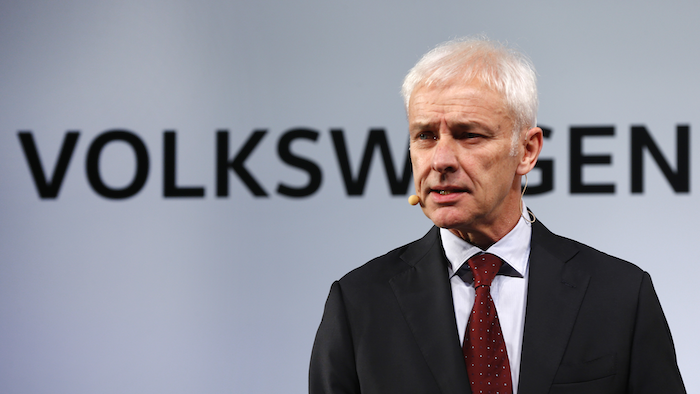 Officials at Volkswagen and the US environmental monitoring agency are keeping mum about whether any progress was made during a closed-door meeting on the German automaker's emissions cheating scandal.

The meeting came a day after California air quality regulators rejected a recall plan proposed by VW for its most popular diesel models, and EPA backed the action.

Volkswagen was forced to admit last year that about 600,000 vehicles nationwide were sold with illegal software designed to trick government emissions tests. Those controls deactivated during real-world driving, causing the cars to emit up to 40 times more pollution than allowed.

On Sunday in Detroit, Mueller told reporters he planned to present remedies to fix the diesel engines at Wednesday's meeting with McCarthy.

Mueller said that VW has only given technical data to the government agencies. He said he hopes to reach an agreement at the meeting, which was requested by VW. The meeting came as the German automaker and U.S. regulators were at an apparent impasse over how to proceed with the expected recall of the "clean diesel" vehicles sold with secret software designed to make their engines pass federal emissions standards while undergoing laboratory testing. The vehicles switch off those measures in real-world driving, spewing harmful nitrogen oxide at up to 40 times what is allowed under federal environmental standards.

The cars include Jetta, Golf and other popular models dating to the 2009 model year. About 11 million cars have similar software worldwide.

McCarthy said last week that the agency hasn't reached any agreement with VW after three months of discussions, and that she's anxious to bring VW into compliance with the Clean Air Act.

Yet Mueller continued to describe the discussions as productive.