Ruling Could Expose GM To Large Verdicts In Ignition Cases

There are still about 250 wrongful death and injury lawsuits pending. 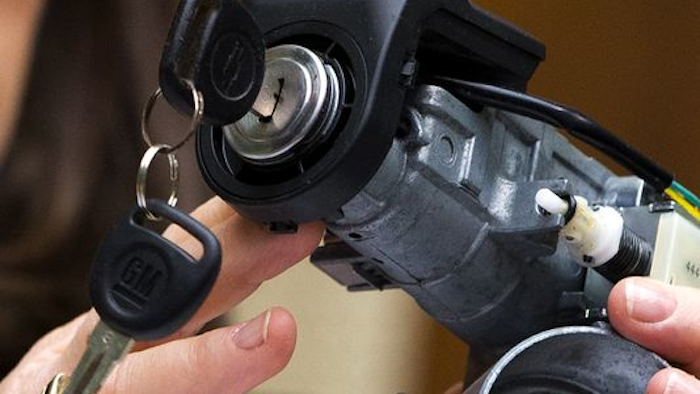 A federal bankruptcy judge has ruled that people suing General Motors over faulty ignition switches can seek punitive damages that could cost the company millions of dollars or more.

When General Motors emerged from a 2009 bankruptcy, it became known as "New GM." The new company essentially was shielded from liabilities of the old company that was left behind.

But Judge Robert Gerber in New York ruled Monday that employees and knowledge transferred from the "Old GM" to the new company. Plaintiffs, he ruled, can see seek punitive damages if they can show that "New GM" knew of the faulty switches but covered it up.

The ruling has the potential to open GM to large jury verdicts, because the company has admitted knowing about the faulty switches for a decade or more but failed to recall the cars until February of 2014. Many of the engineers, attorneys and safety investigators who had knowledge of the switches went from the old company to the new one.

The switches can slip out of the run position and shut off the engine, knocking out the power steering, power brakes and air bags. They are responsible for crashes that killed at least 169 people and injured hundreds of others.

Texas attorney Robert Hilliard, who has several wrongful death and injury lawsuits pending against GM, said the ruling was a complete win for plaintiffs.

"A jury now will be allowed to hear evidence of GM's cover-up and determine what monetary punishment to assess for so many needless deaths and injuries," Hilliard said.

Messages were left Monday seeking comment from a GM spokesman.

There are still about 250 wrongful death and injury lawsuits pending in state and federal courts, according to Hilliard. He says the ruling exposes GM to billions of dollars in punitive damages.

Judge Gerber's ruling also applies to cases in which plaintiffs allege that the value of their cars declined because of GM's conduct.

Earlier this year, Gerber ruled that his bankruptcy ruling in 2009 shielded GM from lawsuits stemming from crashes before New GM emerged from bankruptcy protection. While the company was still liable for claims from crashes after the bankruptcy, punitive damages, or damages that punish the company for its conduct, remained an open question. Punitive damages generally are far larger than those that compensate plaintiffs for their losses.

Gerber ruled that to get punitive damages, lawyers must rely solely on knowledge or conduct by the New GM, not the old company. "They may be based on knowledge of New GM employees that was "inherited" from their tenure at Old GM," the judge wrote in a 66-page opinion.