The Greenpeace protest comes after VW announced that it "understated" CO2 emissions. 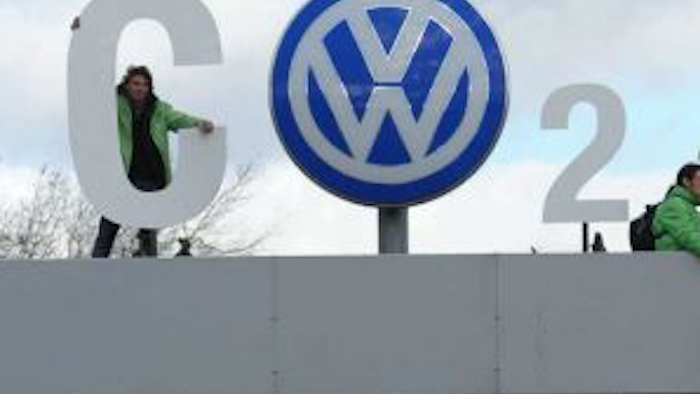 The Greenpeace protest Monday comes after Volkswagen announced last week that it had "understated" the carbon dioxide emissions on 800,000 vehicles.

In addition to their banner, the Greenpeace protesters also held a "C'' and a "2'' on either side of the round VW logo at the factory entrance, spelling out "CO2."

Volkswagen has also admitted installing software on 482,000 cars that enabled them to cheat on American emissions tests for nitrogen oxide, a pollutant that contributes to smog and respiratory problems.

Volkswagen acknowledged that 11 million vehicles with small diesel engines worldwide have the software.