The release said his decision was not related to the emissions scandal. 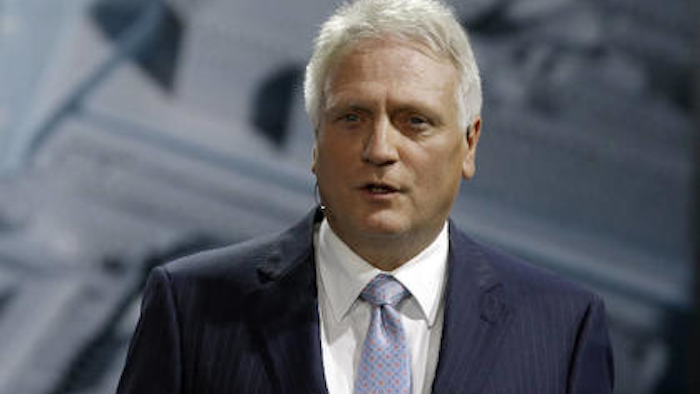 The recently named head of Volkswagen's North American business won't be taking up his new job - and has left the company.

The announcement comes as Volkswagen faces a scandal over rigging the results of emissions testing of its diesel vehicles in the U.S. It means that one of the company's most experienced managers will not be coming to lead the company's response in the United States as it faces possible heavy fines from the Environmental Protection Agency.

Volkswagen's Skoda division made the announcement about its chairman, Winfried Vahland, in a news release on Wednesday.

The release said that Vahland will not be moving to take over his new position carrying overall responsibility for North America. It said his decision to quit was not related to the scandal over the diesel engines.

On Sept. 24, Volkswagen announced a reorganization of its North American operations that put Vahland over country executives including Volkswagen's U.S. chief, Michael Horn. The announcement came the same day Volkswagen named Matthias Mueller as CEO after Martin Winterkorn stepped down from the job.

VW had said Horn would remain as president and CEO of Volkswagen Group of America, but its U.S., Canada and Mexico markets will be "combined and significantly strengthened" to form a new "North America region" led by Vahland.

Vahland, the former head of VW's crucial China business, was leaving because of "differing views on the organization of the new group region."

Mueller thanked him for 25 years of service and a "great contribution to the company."

"We respect his decision and thank him for his exceptional performance," Mueller was quoted as saying in the Skoda statement.

Skoda, based in the Czech Republic, is one of VW's brands, which also include Audi, SEAT, Lamborghini and Bentley.