VW Group of America President and CEO Michael Horn will appear before a congressional investigative committee this week. 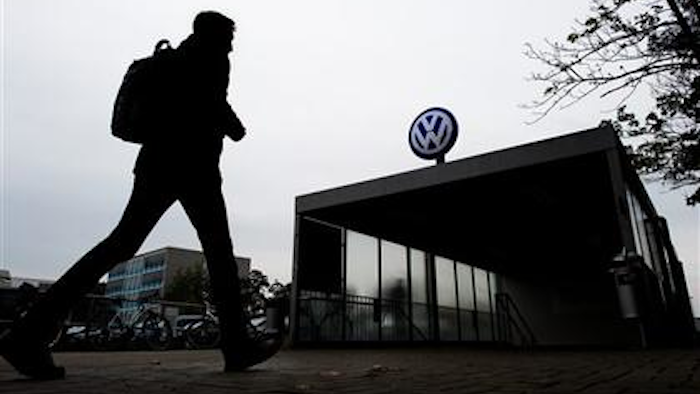 For the first time, Volkswagen Group of America President and CEO Michael Horn will appear before a congressional investigative committee this week. He, and the company, will bring little Washington political clout to the table.

The world's No. 1 automaker has a modest political footprint in the nation's capital, compared to the lobbying and fundraising efforts of rivals Toyota, GM and Ford. That dynamic that could put Horn at a disadvantage Thursday when he appears before the House Energy and Commerce subcommittee on oversight and investigations.

"The American people want to know why these devices were in place," Murphy said in a statement. "We will get them those answers."

Campaign finance records show only a few thousand dollars in federal campaign donations by Volkswagen's top executives during the most recent election cycle — a figure dwarfed by the political giving of its top global competitors.

VW did report spending about $1 million a year on its in-house lobbying operation run out of the German giant's U.S. headquarters in northern Virginia. It spent $260,000 or so annually on outside help from a Washington-based lobbying law firm, largely focusing on issues affecting diesel engines, emissions regulations and fuel efficiency standards, records show.

However, compare that to General Motors, which spent seven times as much as VW on federal lobbying in 2014. Ford Motor Co. spent four times as much, while Toyota's lobbying expenditures were about triple those of VW.

Volkswagen has one U.S. manufacturing plant that employs about 2,200 workers in Tennessee. Prior to opening the facility in 2011, the automaker hired five local lobbyists to help it secure hundreds of millions of dollars in incentives and tax breaks from the state legislature and governor. While VW's lobbying has been limited in the U.S., it employs a large lobbying corps abroad.

Toyota, meanwhile, has 10 U.S. plants, including major facilities in Indiana, Kentucky, Mississippi and Texas. Those deep U.S. ties, and tens of thousands of U.S. workers dependent on the company for jobs, helped give the Japanese automaker the political capital to weather a recent criminal investigation into the company's handling of problems with unintended acceleration in its cars. In a 2014 agreement with the U.S. Justice Department, Toyota agreed to pay a $1.2 billion fine.

Similarly, GM agreed to pay $900 million last month to resolve its deadly ignition-switch scandal, striking a deal with the Justice Department that avoided criminal charges against any individual executives.

Volkswagen could face penalties of up to $18 billion from the Environmental Protection Agency, although any fine isn't expected to reach that amount.

The automaker says it has set aside more than $7 billion to pay fines, recall costs and legal settlements. There are also signs the company is moving to strengthen its presence in Washington, though the required disclosures of any new hires or increased spending won't be due for weeks.

"Typically when companies are having trouble, one of the things they do for damage control is step up their lobbying," said Dale Eisman, spokesman for the public interest group Common Cause. "It certainly would fit the pattern of other companies that have had embarrassing episodes with corporate mistakes. You step up your lobbying and do what you can to repair your image with decision makers."

A VW spokeswoman, Jeannine Ginivan, said this week that in-house staff and outside agencies will handle the company's public relations, marketing and lobbying efforts in the wake of the scandal.

"We're all quite busy," Ginivan said. "We understand it's going to take time to rebuild the brand and the trust."

VW has hired Jones Day, one of the nation's largest law firms, to conduct a review of how computer code designed to game emissions tests ended up in nearly a half-million vehicles sold in the United States. According to federal regulators, the trick boosted driving performance of VW's "Clean Diesel" engines while spewing up to 40 times the allowed levels of pollution.

VW is also likely to launch a wide-ranging public relations effort to restore its image with customers. In a statement, the company said it is "committed to communicating with various stakeholders and ensuring them that we are working very hard to make things right."

"I wouldn't be at all surprised to see ... commercials that say, 'We know we messed up. We made mistakes, we're contrite, but we're determined to do better in the future,' " Eisman said. "That type of thing you hear from not only corporations, but from politicians who get in trouble."