Here are some things to mull over if you're unsure of what to do next. 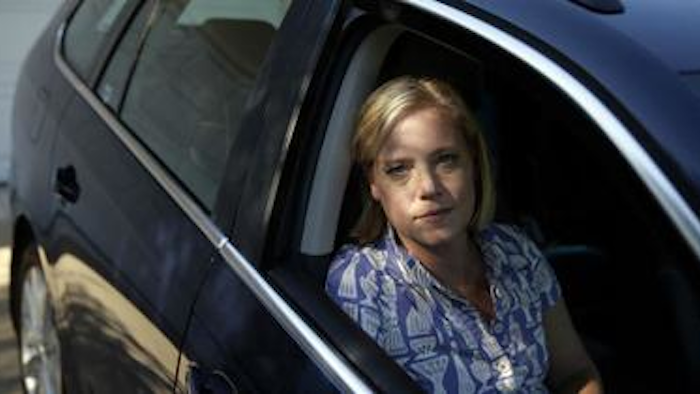 If you're driving a diesel-powered four-cylinder Volkswagen, you're stuck with a fun-to-drive machine that's belching unhealthy pollutants from its tailpipe.

Until the company figures out how to fix its bogus emissions controls, there isn't much you can do about your dirty diesel.

Following disclosures that Volkswagen developed software for its 2-liter diesel engine that could better control pollutants during testing than in real-world driving, there there's a lot up in the air for owners of Jettas, Golfs, Passats and Beetles and Audi's A3.

Here are some things to consider if you're thinking of suing, selling or are unsure of what to do next.

VW's software turned on pollution controls for government tests, which are done on a treadmill device called a dynamometer. When the software deduced that the cars were back on the street, the controls went off and the cars polluted too much. About 500,000 of the cars were sold in the U.S.

VW hasn't said how it will fix the problem. Owners worry the repairs will cut fuel economy and performance — the reasons they bought the "clean" diesels in the first place.

"I really hope they fix this thing," said Zandy Hartig, an actress in Los Angeles who owns a diesel 2013 Jetta Sportwagen. "I assume since they did it on purpose they can undo it."

The EPA has told VW to fix the cars so they comply with pollution regulations, but there's no word from the company on how or when that will be done. The EPA says it could take a year.

A recall fix may be coming soon for 2015 and 2016 models, neither of which can be sold until repairs are made. Mike Jackson, CEO of AutoNation, the country's largest auto dealership chain, said Wednesday that he was told by VW officials that a software change will bring the last two model years into compliance.

But it's a mystery how the company will fix models from 2009 through 2014, including whether software and equipment changes will be needed, he says.

DID MY CAR LOSE VALUE?

Worried about their cars losing value, some owners might rush to put the car up for sale.

Eric Ibara, senior analyst for Kelley Blue Book, is encouraging owners to hang on to their VWs, at least until the company comes up with a fix.

Ibara says the impact on VW's resale values may not be known for two or three weeks. The price that dealers agree to pay for vehicles being auctioned this week will be the first indication.

VW diesels traditionally have higher resale values than gasoline counterparts, but the scandal might erode that premium, Ibara says, especially if the fix cuts mileage or impacts their sporty performance.

If repairs are made, history shows there might not be a lasting impact. General Motors' residual values weren't affected by ignition switch recalls, and Toyota's car values returned to normal within a year of an unintended acceleration crisis.

Some owners are hoping for rebates, while a consumer group called on VW to buy back the diesels.

Joining a lawsuit against VW is one option for owners, although it likely will take years to get any relief.

At least five U.S. lawsuits have been filed, some alleging the cars' values will fall because of the scheme.

Consumers could have some success in the courtroom. In 2012, for example, Toyota agreed to pay more than $1 billion to resolve hundreds of lawsuits filed by owners who said their vehicles lost value after the company's unintended acceleration problems.

Also, politicians are calling on the Federal Trade Commission to investigate because VW often advertised the cleanliness of the vehicles. The FTC, which monitors advertising claims, can seek remedies for all of the car owners.

Don Marron, 58, a banker from Allentown, Pennsylvania, wants Volkswagen to take back his 2012 SportWagen and apply the credit toward a new car. He'd also consider a repair that didn't compromise performance or fuel economy.

"I'm going to wait and see what they do, but I'm not going to do nothing," he said. "It's just dumb that they did this. How could they think that it wasn't going to be discovered? What arrogance, what bad judgment."