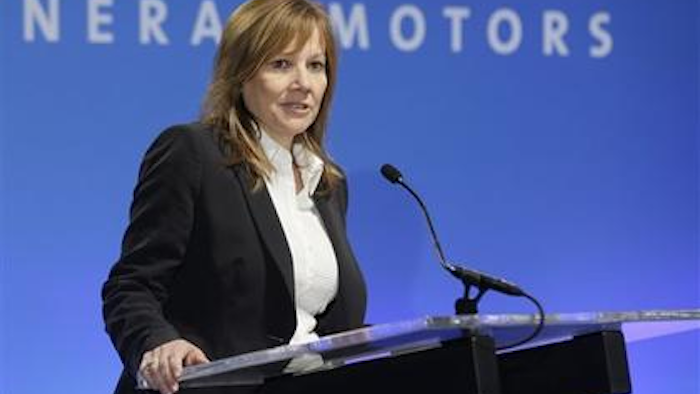 General Motors will pay $575 million to settle hundreds of civil lawsuits filed against the company over faulty small-car ignition switches, including the bulk of pending wrongful death and injury cases.

The company on Thursday said it reached a deal with Texas personal injury lawyer Bob Hilliard to settle 1,385 death and injury cases that he filed over crashes caused by the switches. The money also will be used to settle a 2014 class-action lawsuit filed by shareholders claiming that GM's actions reduced the value of their stock.

Neither GM nor Hilliard would say how much money was set aside for the death and injury claims, but Hilliard said the number was substantial and he is confident it's enough to settle all the lawsuits

The announcement comes the same day that the U.S. Attorney's Office in Manhattan detailed an agreement with GM to settle a criminal investigation into the switch case. It will be a costly close to a sad chapter in the company's history. In addition to the $575 million, GM is expected to pay a $900 million fine to the government to avoid prosecution on wire fraud charges.

With the settlements, GM is taking big steps toward moving past the ignition switch scandal, which tarnished the company's reputation but touched off a series of companywide safety reforms. CEO Mary Barra appointed a new safety chief who reports directly to her and added 35 product safety investigators to its staff. The company changed its product development process to focus more on safety and it started a program that encourages employees to speak up if they find a safety issue.

GM also reviewed a backlog of safety issues in 2014 and issued a record 84 recalls covering more than 30 million vehicles, including 27 million in the U.S. By comparison, this year it has issued 33 recalls covering 2.6 million cars and trucks.

In the wrongful death cases, Hilliard said a special master will be appointed to decide how much to offer each of the plaintiffs he represents. He says the lawsuits include 45 deaths. Including 124 death cases settled previously by GM compensation expert Kenneth Feinberg, that brings the number of deaths caused by the switches to 169. Hilliard estimates that number will rise to 250 by the time all cases are settled or tried.

Even with the settlements, another 454 death and injury cases remain part of the consolidated federal court claims against GM. Hilliard, one of the lead attorneys in the consolidated cases, said he is encouraging the company to set aside money to settle those as well. Six cases have been scheduled for trial, including a trial that is to start in January.

Hilliard also said he would try to get GM to settle lawsuits filed in crashes that happened before GM emerged from bankruptcy protection in 2009. A federal bankruptcy judge has ruled that those claims can't be filed against the new General Motors Co. that arose from the bankruptcy, but the ruling is being appealed. The pre-bankruptcy cases include 31 deaths, Hilliard said.

The shareholder case was filed in 2014, with the New York State Teachers Retirement System named as the lead plaintiff. It alleged that investors bought stock as GM concealed the ignition switch problems.