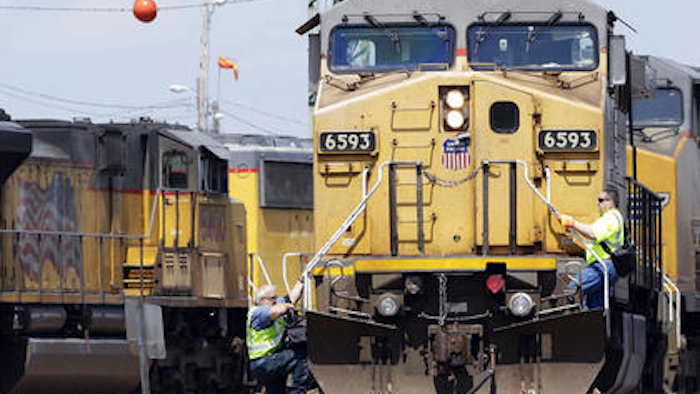 DeGraff says the northbound train was from Mexico, hauling Dodge vehicles through Laredo and to Chicago. The westbound train from Marion, Arkansas, was heading to Los Angeles. DeGraff had no details on vehicles aboard that train or damage estimates.

A company spokeswoman could not immediately confirm whether any Dodge vehicles were on the trains.