U.S. Factory Output Down In May, Hurt By Oil Refining Cuts 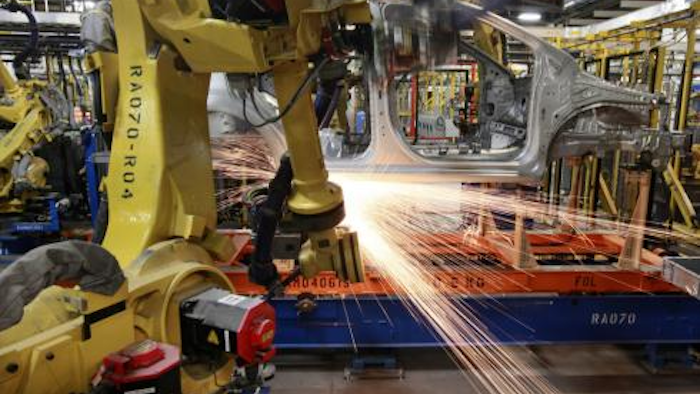 A decline in refining oil caused U.S. factory output to slip in May, overshadowing solid gains by automakers.

The Federal Reserve said Monday that manufacturing output declined 0.2 percent last month, as productivity has basically been flat since January. Manufacturing has been hurt the stronger dollar, higher oil prices reducing equipment orders and activity at refiners, and previously by cold winter weather at the start of the year.

In the manufacturing category, fossil fuel refining and chemical production dropped last month, as did the food, beverage and tobacco sector.

But in a sign of consumer strength, auto production rose 1.7 percent.

The third consecutive monthly improvement at auto plants is among the signs of a broader factory comeback. Other reports indicate that an industrial resurgence could help propel stronger growth through the rest of 2015.

U.S. manufacturing growth improved in May for the first time in six months, according to the Institute for Supply Management, a trade group of purchasing managers. Its index of manufacturing activity rose to 52.8 last month from 51.5 in April. That's the highest reading since February. Any reading above 50 signals expansion.

More people are buying autos. Cars and trucks sold last month at an annual pace of 17.8 million — the fastest monthly rate since 2005, according to industry analyst Autodata Corp. The greater demand could keep assembly lines humming at auto plants.

Several economists see stronger growth in the second quarter of the year, after the economy shrank at annual pace of 0.7 percent during the first three months.