Manufacturing's Winner & Loser Of The Week

The winner is still in high school and the loser struggles with continued global recalls. 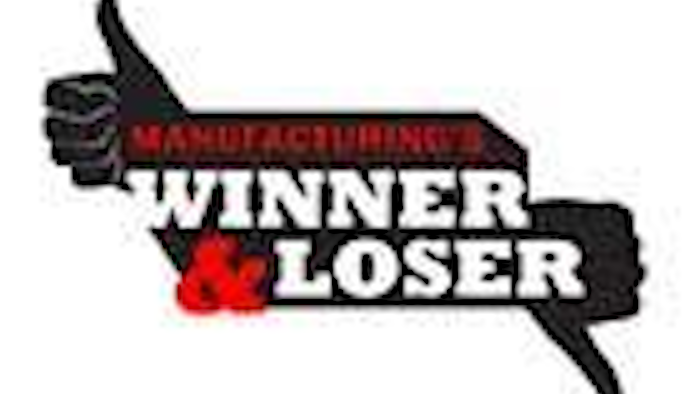 This week we have a winner still in high school who has developed a novel new approach to disaster cleanup; the losers have struggled with continued global recalls.

This week’s winner is none other than Sahil Veeramoney, a 10th grader at Oregon Episcopal School. Veeramoney has earned the winning title this week after being recognized by the U.S. Environmental Protection Agency and receiving the Region 10’s award for the President’s Environmental Youth for masterminding a new way to clean up oil spills.

Inspiration for Veeramoney’s new and efficient method of cleaning marine oil spills came from the 2010 Deepwater Horizon oil spill in the Gulf of Mexico.  While studying the gulf spill Veeramoney researched the current cleanup methods used worldwide, and decided his goal was to create a more efficient means of cleaning.

“Sahil’s research to protect water resources from oil spills is important for the Northwest where rivers, lakes and seas are a cornerstone of our ecosystems,” explained Dennis McLerran the EPA Regional Administrator for EPA Region 10. “It’s exciting to see students linking current events and science to find solutions for our most pressing environmental issues.”

Veeramoney was able to achieve his goal by developing a way of magnetizing and separating oil using ferromagnetic nanoparticles and chlorella algae — which is more efficient than tradition remediation methods, according to laboratory research.

The President’s Environmental Youth award is not the only recognition Veeramony has received due to his idea, either. He has also won awards at the Intel International Science and Engineering Fair. Additionally, he has also traveled to Portland, Houston and Los Angeles to discuss his new remediation method.

It seems the woes caused by the Takata airbags are far from over. This week Toyota Motor Corp. and Nissan Motor Co. were forced to expand their recalls as a result of the Japanese manufacturer by another 6.5 million vehicles. This, unfortunately, makes them all manufacturing’s "Losers of the Week."

Toyota announced that it would be recalling nearly 5 million vehicles globally as a result of a new problem associated with Takata airbags, which can deploy abnormally or even rupture on the front passenger and front-driver side. This is different than the issues seen earlier in the year when Takata airbags were deploying with too much force.

This new recall, combined with Takata recalls of the past, has caused Toyota to recall almost 8.1 million vehicles.