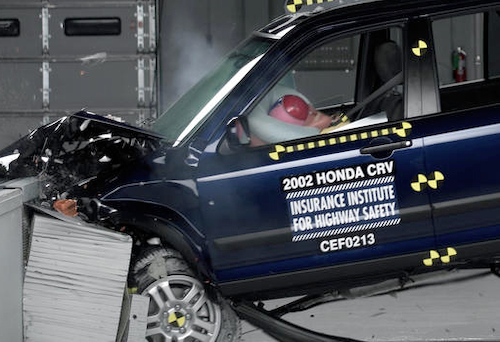 The latest round of recalls added significantly more vehicles to the total. “More than 35 million cars and trucks containing potentially dangerous Takata air bags have now been subject to recall notices,” said Johnathan Soble of The New York Times. “Close to a third of the total was announced this week.”

Here are this week’s additions to the list of Takata-related recalls:

On Thursday, Honda recalled 4.9 million vehicles globally — none in the U.S. — for a new problem with the Takata air bag inflator. The Associated Press reported that a leak can develop that could cause the air bag to explode while the vehicle is in use. No injuries have been linked to this recently discovered flaw.

One day earlier, Toyota and Nissan issued similar recalls. Toyota’s recall covered about five million vehicles. According to The New York Times, “Toyota said tests carried out on vehicles with Takata-made air bags, including some recovered from junkyards, had shown that the steel inflators, the parts that contain the propellant and can burst apart, were sometimes not airtight.“ These independently conducted tests are not unusual — multiple other carmakers have been testing the Takata air bags for more issues.

Nissan added about 45,000 to their list of recalled vehicles for the same issue discovered by Honda and Toyota. This week’s bout of recalls brought back worry over how many vehicles have been affected by faulty Takata air bags. Nakanishi Research Institute chief executive Takaki Nakanishi said, “This raises the prospect that there are still many more vehicles out there that will ultimately be recalled.”

How do you feel about the latest flaw with Takata air bags? Comment below or Tweet @MNetBridget.