Toyota and Nissan are expanding their recalls by another 6.5 million vehicles. 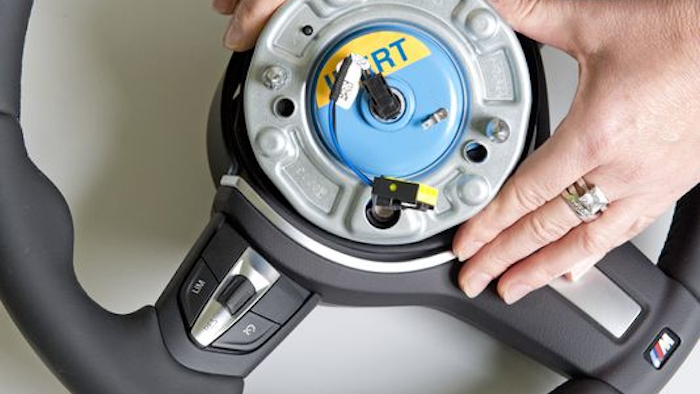 Toyota Motor Corp. and Nissan Motor Co. are expanding their recalls over problem air bags made by Japanese supplier Takata Corp. by another 6.5 million vehicles.

In the latest recall, front passenger and front driver-side air bag inflators can deploy abnormally, or rupture, and put a person in a crash at greater risk.

This is different from an earlier problem with Takata air bag inflators that deployed with too much force, which has affected a range of automakers including Honda Motor Co., Chrysler, BMW and Ford Motor Co. At least six people have died worldwide due to that defect.

When combined with the earlier recalls, Toyota's Takata-related recalls have ballooned to 8.1 million vehicles.

Tokyo-based Honda, which has recalled the most vehicles because of Takata air bag problems, said it was studying the new problem and hasn't made a decision yet about expanding its recalls.

Nissan's Takata-related recalls have now grown to about 4 million around the world.

The latest affects the Sentra compact, Caravan van and X-Trail sport utility vehicle, made from 2004 through 2007, Nissan said. The automaker said it will test the inflators and replace them as needed.

Toyota said it will replace the problem inflators on the driver side with inflators made by Daicel Corp., another Japanese supplier.

Toyota will continue to use Takata "since we have not at this point identified parts from a different supplier that are compatible," the company said in a statement.

Takata has not been able to keep up with demand for replacement inflators.

NHTSA, the government authority in the U.S., which oversees recall, as well as Takata and the auto industry, have been trying to pinpoint what's causing the inflator problems.

Even before the latest recalls, 10 automakers recalled more than 17 million cars and trucks in the U.S. and 22 million worldwide because of the Takata air bag problem. There could be as many as 30 million vehicles with Takata air bags in the U.S. alone.

The Takata air bag problems began surfacing about a decade ago. Takata uses a different kind of inflator propellant from rivals, ammonium nitrate, which can burn too fast if subjected to prolonged exposure to airborne moisture.