The company has leased a 430,000-square-foot building in Lathrop, a community on Interstate 5 about 75 miles east of San Francisco. Tesla has not said what it plans to do with the space. 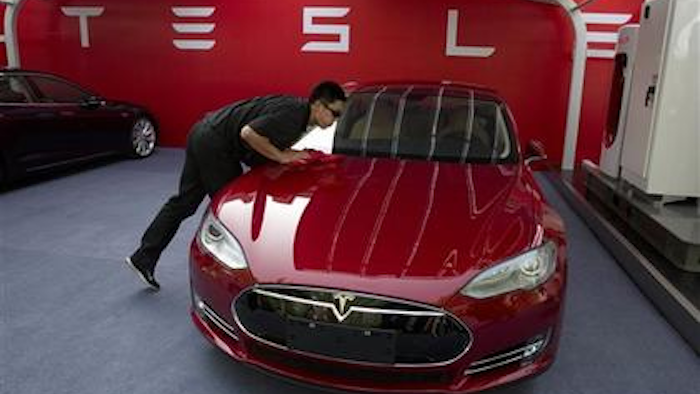 The company has leased a 430,000-square-foot building in Lathrop, a community on Interstate 5 about 75 miles east of San Francisco. Tesla has not said what it plans to do with the space.

The building used to serve as a DaimlerChrysler parts distribution center, though it has sat vacant for several years.

Tesla currently has manufacturing space in the San Francisco Bay Area. It also plans to put up a massive battery factory, though California does not appear to be in the running for that.

The Sacramento Bee reports (http://bit.ly/1hkgCMw) that the Lathrop facility is too small for the battery plant.