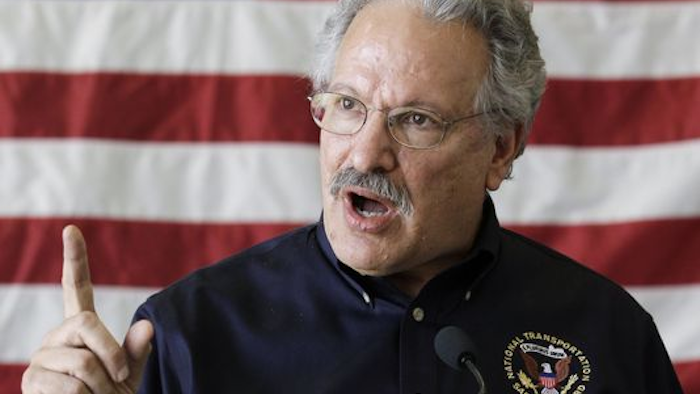 Mark Rosekind, 59, a leading expert on human fatigue, was approved by voice vote to head the National Highway Traffic Safety Administration, a neglected but critically important agency that is widely considered to be understaffed and underfunded. The previous administrator, David Strickland, left in January.

Rosekind is currently a member of the National Transportation Safety Board, which investigates transportation accidents, and has led seven major investigations. While at the board, he persuaded fellow board members to make a controversial recommendation that states lower the blood alcohol limit for drivers from 0.08 to 0.05. The lower intoxication threshold would bring the U.S. more in line with other countries, but is strongly opposed by the alcohol, restaurant and entertainment industries. So far, no state has adopted the recommendation.

The biggest issue facing Rosekind at the agency will be revitalizing its oversight of auto recalls because of safety defects. The agency has been roundly criticized for not recognizing for years dangerous defects that caused ignition switches of some General Motors cars to suddenly shut off, and Takata air bags to spew shrapnel when inflated. Lawmakers complain the agency is neither feared nor respected by the auto industry.

Automakers have recalled a record 55 million cars and trucks in the U.S. so far this year, the most since the previous high of 30.8 million vehicles in 2004. At least 42 people have been killed as a result of the faulty GM ignition switches. A recall of exploding Takata air bags may be the largest recall in the auto safety agency's history.

The agency was slow to respond to consumer complaints about the ignition switches, say safety advocates and members of Congress. GM knew for at least a decade that the switches were dangerous, but failed to recall cars until last February. Agency officials have said GM hid important information from the regulator.

Takata's air bags were sold to at least 10 automakers. Even though deaths and injuries were reported as early as 2008, the agency let automakers do a series of small recalls. It didn't open a full investigation until June and only recently became aggressive in seeking nationwide recalls.

Rosekind "is prepared for the job ahead and I expect him to be relentless in the pursuit of safety," Transportation Secretary Anthony Foxx said following the Senate's confirmation. Rosekind said he appreciated the Senate's swift action on his nomination and plans to work closely with Congress to advance Foxx's "vision to raise the bar on safety."

Rosekind has a doctoral degree in psychology from Yale University and is a former director of Stanford University's Center for Human Sleep Research. In the 1990s, he conducted ground-breaking research for NASA of airline pilots and how they were affected by lack of sleep. He created Alertness Solutions, a consulting firm on fatigue issues, in 1998 and was appointed to the transportation safety board in 2010.

All automakers have suffered because of the pandemic, although some have proved more resilient than others.
May 11th, 2021
Follow Us
Most Recent