Under pressure from U.S. safety regulators, two automakers are expanding recalls or adding them to fix potentially faulty passenger air bags in high-humidity states. Documents posted Tuesday by the government say Subaru is expanding a previous recall of five models. Mitsubishi is... 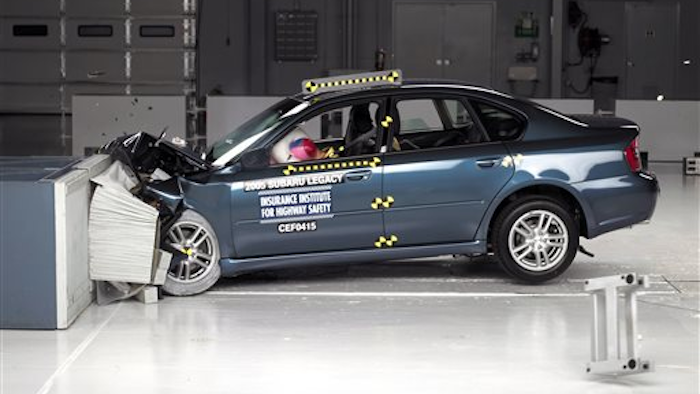 Documents posted Tuesday by the government say Subaru is expanding a previous recall of five models. Mitsubishi is recalling one model, the 2004 and 2005 Lancer small car.

Both companies have cars equipped with air bags made by Takata Corp. The bags can inflate with too much force and spew metal shrapnel into the passenger compartment. At least five people have been killed by the faulty air bag inflators.

Previous recalls were limited to Florida, Hawaii, Puerto Rico and several other territories. The new Subaru and Mitsubishi recalls now cover those areas as well as southern Georgia and coastal areas of Alabama, Mississippi, Louisiana, Texas and South Carolina. Different automakers have different recall boundaries, and the government is trying to bring them all into line to avoid confusion.

Neither Subaru nor Mitsubishi released numbers of vehicles covered by the new recalls.

The government is demanding a national recall of Takata driver's air bag inflators. The company has until midnight to respond to the demand from the National Highway Traffic Safety Administration or face legal action and civil fines.

Company officials thus far have not commented on the demand, but they did comply with a data request from the agency on Monday.

NHTSA says it doesn't have data to justify a national recall of passenger side air bags.