General Motors will invest $174 million in its Fairfax plant in Kansas City, Kansas, to pay for new equipment and technology to produce the 2016 Malibu, company officials announced Monday. 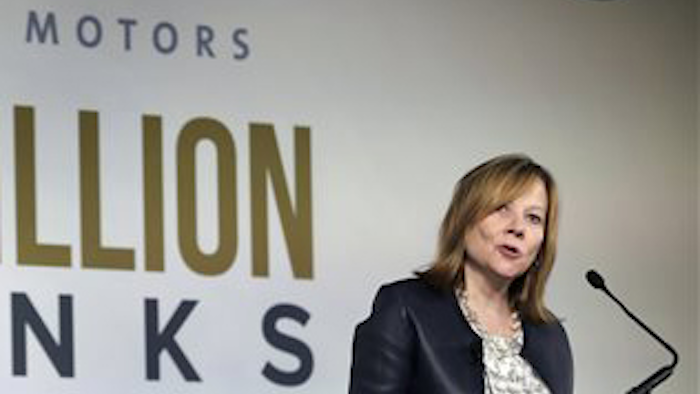 General Motors will invest $174 million in its Fairfax plant in Kansas City, Kansas, to pay for new equipment and technology to produce the 2016 Malibu, company officials announced Monday.

Production of the midsize sedan, which was unveiled in early April in New York, is scheduled to begin at the plant later this year.

The investment will not mean any new jobs at the plant, which currently employs 3,230 hourly and 270 salaried workers building Malibu and Buick LaCrosse models.

The Fairfax plant investment is part of a $5.4 billion investment in U.S. plants over three years that GM announced last week to build next generation vehicles.

CEO Mary Barra and GM North America and Global Chevrolet President Alan Batey were at the plant Monday to announce the investment and celebrate as the company noted production of 500 million vehicles in its history, about 12 million of them at the Fairfax plant.

The company surprised Iraqi war veteran Trent Brining with a symbolic key to a 2016 Chevrolet Malibu, which will be built at the plant later this year. Brining, of Overland Park, Kansas, was injured by a rocket-propelled grenade in 2005 in Baghdad. The retired Army corporal has undergone 23 surgeries and earned a Purple Heart. Brining is one of five customers who will be notified within the next two days that they are receiving a new General Motors vehicle.

While revenues were up, lost production due to the global chip shortage for the first quarter was 190,000 vehicles.
May 5th, 2021
Follow Us
Most Recent