Competition in China is intensifying as economic growth slows and more manufacturers pile into the world's biggest auto market by number of vehicles sold. 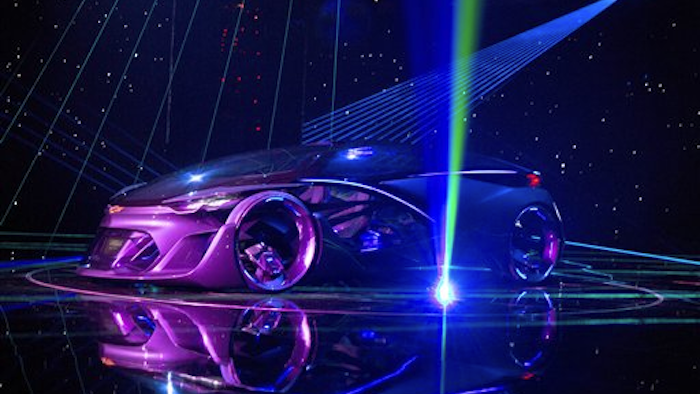 Ford showed off its new Taurus and Nissan unveiled a midsize sedan designed for China on Monday at a Shanghai Auto Show that highlighted the commercial resurgence of lower-priced Chinese auto brands.

Competition in China is intensifying as economic growth slows and more manufacturers pile into the world's biggest auto market by number of vehicles sold. Global automakers are spending heavily to appeal to Chinese tastes and local brands are rolling out lower-cost versions of SUVs and other popular vehicles.

Ford Motor Co. used the Shanghai show for the global debut of its latest Taurus, reflecting the event's rapid rise to become one of the industry's most important showcases. General Motors Co., Mercedes Benz and other global brands also unveiled new models or versions modified for China.

Features on the Taurus, Ford's first full-size sedan in China, include massage units in the back seat. That is aimed at buyers who have drivers and ride in back — a market niche that increasingly is driving automakers to design bigger, more comfortable rear seats.

"Even though the market is slowing down, we are still growing," said Ford CEO Mark Fields.

Brands including SUV producer Great Wall Motor and Geely Holding, owner of Sweden's Volvo Cars, reported first-quarter sales gains of up to 70 percent. That helped to boost the market share of Chinese automakers so far this year to 43 percent from last year's 38 percent, according to LMC Automotive.

Geely reported the number of vehicles sold under its own brand jumped 57 percent in the first quarter.

"The improvement in Geely's performance has to do with the competitive strength of our new products," said Geely chairman Li Shufu. Still, Li was cautious about saying Chinese brands were doing better than global rivals. He said the smaller scale of sales by Chinese brands meant any change looked better in percentage terms.

For some global brands including Volkswagen AG, sales were flat or even declined due to their emphasis on higher-priced vehicles with growth in low to mid-single digits. That was a sobering development for automakers that are counting on China to drive future revenue.

"Market growth has come to a halt for international brands," said Bernstein Research in a report Monday. "Chinese brands are staging a comeback."

The president of VW China, Jochem Heizmann, said the company failed to keep pace with overall market growth because it lacks products in the budget SUV range, where sales doubled. He said VW is working on "very concrete projects" to develop smaller SUVs and budget-priced cars for China.

"Chinese consumers are becoming increasingly sophisticated and if you look at the market, they are spoiled for choice," said Matt Tsien, president of GM China.

On Monday, Great Wall debuted the H6 Coupe and showed the H8 SUV under its Haval brand. The popularity of Great Wall's SUVs have helped transform it into one of China's most successful auto brands. The company says it hopes to sell 10,000 units a month of both of its new vehicles.

"It will propel the Haval brand to a new level," said Zhang Yun, a marketing consultant for Great Wall.

SUVs, popular with Chinese drivers who value their image of safety in the country's chaotic traffic, accounted for 26 percent of all passenger vehicles sold in the first quarter, the highest proportion of any major market.

"We predict that this year will be an SUV feeding frenzy," said Ola Kallenius, head of marketing for Mercedes Benz, which displayed an SUV Coupe concept on Sunday.

The abrupt deceleration in China's economic growth has dragged down auto sales growth and prompted buyers to shift to lower-priced models.

Growth slowed to 7 percent in the first three months of this year, its lowest quarterly expansion since the aftermath of the 2008 global crisis. That still is higher than the low single-digit growth forecast for the United States and Europe this year, but well below China's peak of 14.2 percent in 2007.

Auto sales growth slowed to 9 percent in the first quarter of this year, down sharply from 2009's peak above 40 percent. Growth is forecast to cool further this year to 7 or 8 percent and to level off at about 5 percent in coming years.

The deceleration to what Chinese leaders term the "new normal" of slower but more sustainable economic growth has cooled corporate profits and the real estate industry. The ruling Communist Party is pressing companies to boost wages in an effort to promote growth driven by consumer spending instead of trade and investment.

Nissan Motor Co. unveiled the Lannia, a midsize sedan designed for Chinese buyers. The company, which has made China a pillar of its global turnaround strategy, calls the Lannia its first offering for the country's "youth generation."