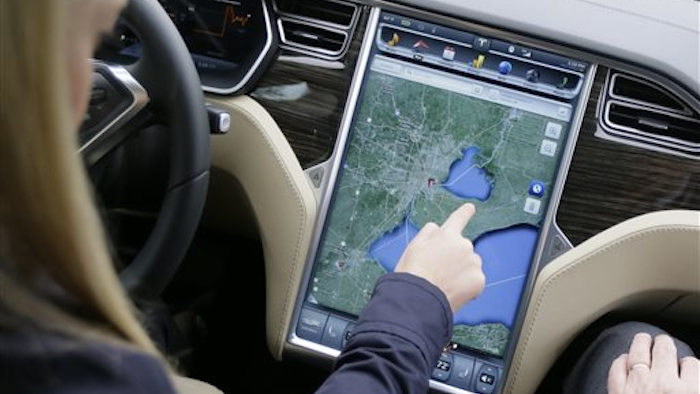 Electric car maker Tesla Motors is going after mainstream luxury car buyers by adding all-wheel-drive and more range and power to the base version of its only model.

But the added features at the low end of the Model S lineup will come with about a 7 percent price increase, to $75,000 for those buying the cars. The base lease price will rise to $838 per month from $796.

CEO Elon Musk says with a $7,500 federal tax credit that takes the price to $67,500, plus tax credits in some states, the new version is price-competitive with BMW's midsize 5-Series, or the Mercedes E-Class when you add in savings from not buying gasoline. BMW's 5 Series starts around $50,000, while the E-Class starts at close to $52,000.

He said Tesla, which is based in Palo Alto, California, needed all-wheel-drive to appeal to luxury buyers, especially in colder climates such as the Northeast, where most luxury cars are sold. About 58 percent of the luxury car market in the U.S. is all-wheel-drive, according to Kelley Blue Book.

"It's also good in warm climates where there's heavy rain or slippery roads for any reason," Musk said in an interview. "We've seen a strong interest in all-wheel-drive in all climates, really."

Tesla's next vehicle, the Model X SUV due out late this year, will be offered with similar features at the low end of the lineup, Musk said.

Musk said he has no plans to spend more on marketing to match Mercedes and BMW even though he's going after more mass-market customers. The company will continue to host events for customers but "there are no plans yet to do advertising or endorsements or any discounting," Musk said.