Toyota Signs On As Global Olympic Sponsor In Long-Term Deal

Toyota is the first car company ever signed up by the International Olympic Committee. 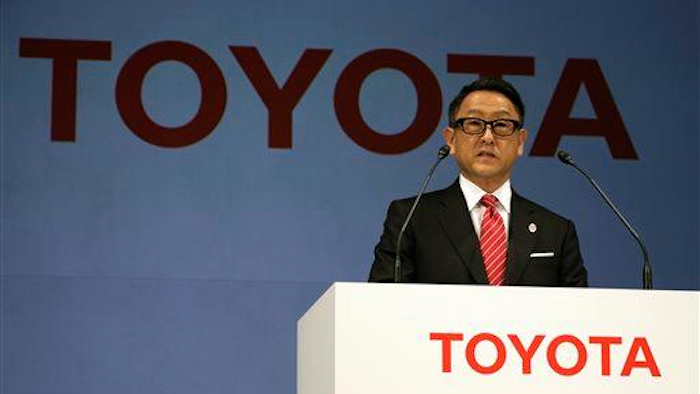 Toyota Motor Corp. has signed on as a worldwide Olympic sponsor in a long-term deal reportedly worth nearly $1 billion. The deal runs through the 2024 Olympics.

Toyota is the first car company ever signed up by the International Olympic Committee for its top-tier TOP sponsorship program Toyota officials declined to reveal the financial terms of the deal but Japanese media reported the company will pay $835 million.

IOC President Thomas Bach was in Tokyo to sign the agreement with Toyota president Akio Toyoda.

Toyota becomes the third Japanese company to become a worldwide Olympic sponsor after Panasonic and Bridgestone.

A total of 12 global companies, including Coca-Cola and McDonald's, are current TOP sponsors.The chairman of the IOC's marketing commission is Japanese IOC member Tsunekazu Takeda, who is also head of the Japanese Olympic Committee.