The Falcon 9 rocket blasted off late Wednesday afternoon, hoisting GovSat-1 for the government of Luxembourg and SES. 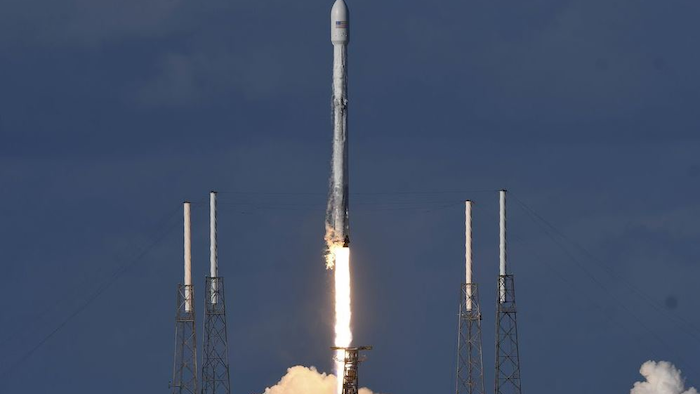 SpaceX had a royal audience as it launched a satellite for Luxembourg.

The Falcon 9 rocket blasted off late Wednesday afternoon from Cape Canaveral, Florida, hoisting GovSat-1 for the government of Luxembourg and SES, the European country's prime satellite operator. The satellite will support both military and civilian security efforts.

Witnessing the launch were Luxembourg's Prince Guillaume and his wife, Stephanie. The country's prime minister, Xavier Bettel, and other high-ranking officials also were present.

The rocket's first-stage booster — which also flew last spring — was not recovered this time. Instead, it dropped into the Atlantic.

With GovSat-1 now in orbit, SpaceX can focus on next week's debut of its new, big Falcon Heavy rocket. The test flight is scheduled for Tuesday.