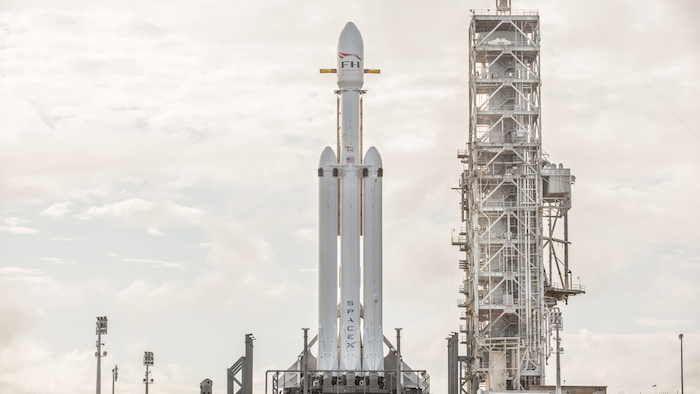 This Dec. 28, 2017 photo made available by SpaceX shows a Falcon Heavy rocket at Cape Canaveral, Fla. On Wednesday, Jan. 24, 2018, the rocket's three boosters — 27 engines in all — were tested. SpaceX is aiming for a February launch. (SpaceX via AP)

SpaceX fired up its newest, biggest rocket in a critical launch pad test Wednesday, advancing toward a long-anticipated test flight possibly in just a week.

The Falcon Heavy briefly roared to life for the first time at NASA's Kennedy Space Center. All three boosters — 27 engines in all — were tested. The thunderous booms could be heard at the press site three miles away, as huge white clouds of engine exhaust billowed into a clear blue sky. Everything appeared normal: The 230-foot (70-meter) rocket stood tall and brilliantly white after the test on the historic pad once used by NASA's Apollo moon rockets and space shuttles.

SpaceX chief executive Elon Musk said an hour later that the firing was good. "Generated quite a thunderhead of steam. Launching in a week or so," he said via Twitter.

The press site was busier than usual, as TV crews and other journalists gathered at midday for the test. There was no guarantee of a test firing Wednesday. SpaceX had fueled the rocket before, but then stood down for undisclosed reasons.

Wednesday's firing appeared to last for about 10 seconds.

The Heavy — a triple-size version of SpaceX's frequent flier, the Falcon 9 — is tailor-made for spacecraft headed to the moon or Mars, as well as extra-big satellites bound for low-Earth orbit. 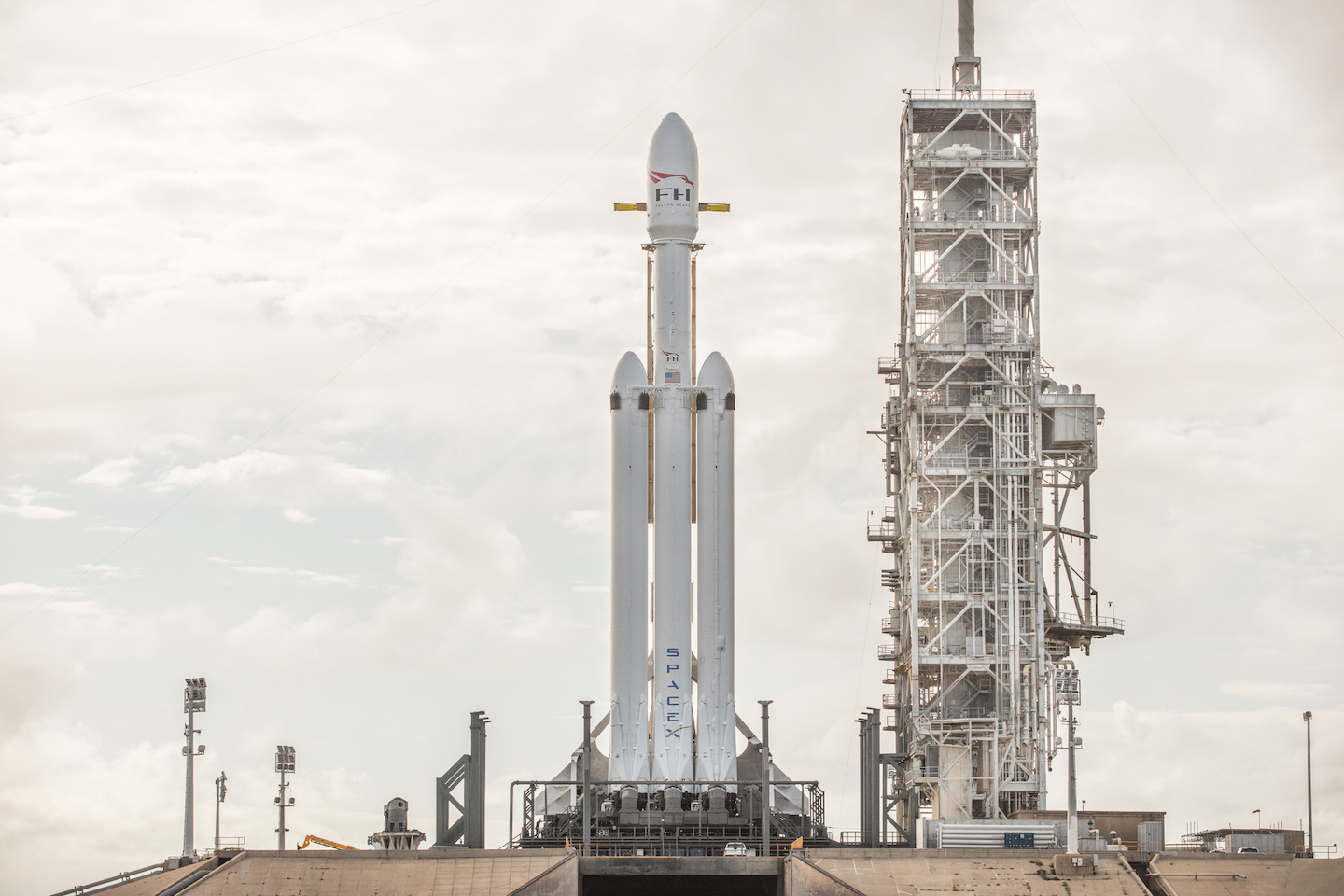 This Dec. 28, 2017 photo made available by SpaceX shows a Falcon Heavy rocket at Cape Canaveral, Fla. On Wednesday, Jan. 24, 2018, the rocket's three boosters — 27 engines in all — were tested. SpaceX is aiming for a February launch. (SpaceX via AP)

A Falcon 9 has a single first-stage booster; the Heavy has three strapped side-by-side-by side, spanning 40 feet (12 meters) across at the base. The Falcon 9 is routinely used to hoist satellites as well as space station cargo, and perhaps by the end of year, could be hauling crews for NASA, too.

NASA's Saturn V moon rocket, used during the late 1960s and early 1970s, still is the all-time champ when it comes to size and power. "I love that rocket so much," Musk said in a tweet last month.

The Heavy's cargo for the test flight will be a Tesla Roadster belonging to Musk, who also heads the electric car company. Musk has repeatedly warned the rocket could explode. If successful, his red sports car will end up in a long, oval loop around the sun, traveling as far out as the orbit of Mars.

Two of the three Heavy boosters have launched before. All three boosters will attempt to fly back and land, routine nowadays for SpaceX, which is recycling its rockets to lower future launch costs.

SpaceX had hoped to fire the engines last month. But the preparations took longer than planned, and the three-day federal government shutdown contributed to the delay.

The California-based company is leasing Launch Complex 39A from NASA.

Skyborg will look to put more planes in the skies, but fewer pilots.
Jul 29th, 2020
Follow Us
Most Recent