May mounted a strong defense of free trade and insisted that her government would push for free trade after Britain leaves the EU. 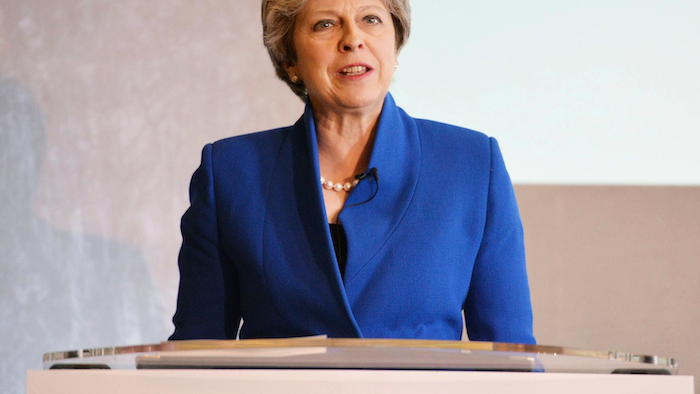 Britain's Prime Minister Theresa May speaking during the Bank of England 'Independence 20 years on' conference, which marks two decades of operational independence from the UK government, at Fishmongers Hall in London Thursday Sept. 28, 2017. May on Thursday lambasted the behavior of Boeing after it complained that Canadian rival Bombardier used unfair government subsidies to sell planes at artificially low prices. (John Stillwell/PA via AP)

British Prime Minister Theresa May warned Thursday of growing protectionism in the global economy, slamming plane maker Boeing for its role in the U.S. government proposal to impose a massive tariff that could cost thousands of jobs in Northern Ireland.

Addressing a conference organized by the Bank of England, May mounted a strong defense of free trade and insisted that her government would push for free trade after Britain leaves the European Union in March 2019.

"I think there is a real challenge for us globally today because I think that here are aspects of protectionism creeping in around the world," she said. "I have said before I want the U.K. to be a global champion of free trade, because I think those of us who believe in free trade need to stand up, not just explain its wider benefits, but help to explain its benefits to individuals."

Her defense of free trade comes a day after Jeremy Corbyn, the leader of the main Labour Party opposition, made the case for more state involvement in the British economy and after the U.S. Commerce Department proposed a tariff of almost 220 percent on Bombardier's C series aircraft, which threatens more than 4,000 jobs in Northern Ireland.

May said the actions of Boeing, which had sought U.S. government action over what it saw as unfair competition, "is not the sort of behavior we expect from a long-term partner" and that it "undermines that partnership." 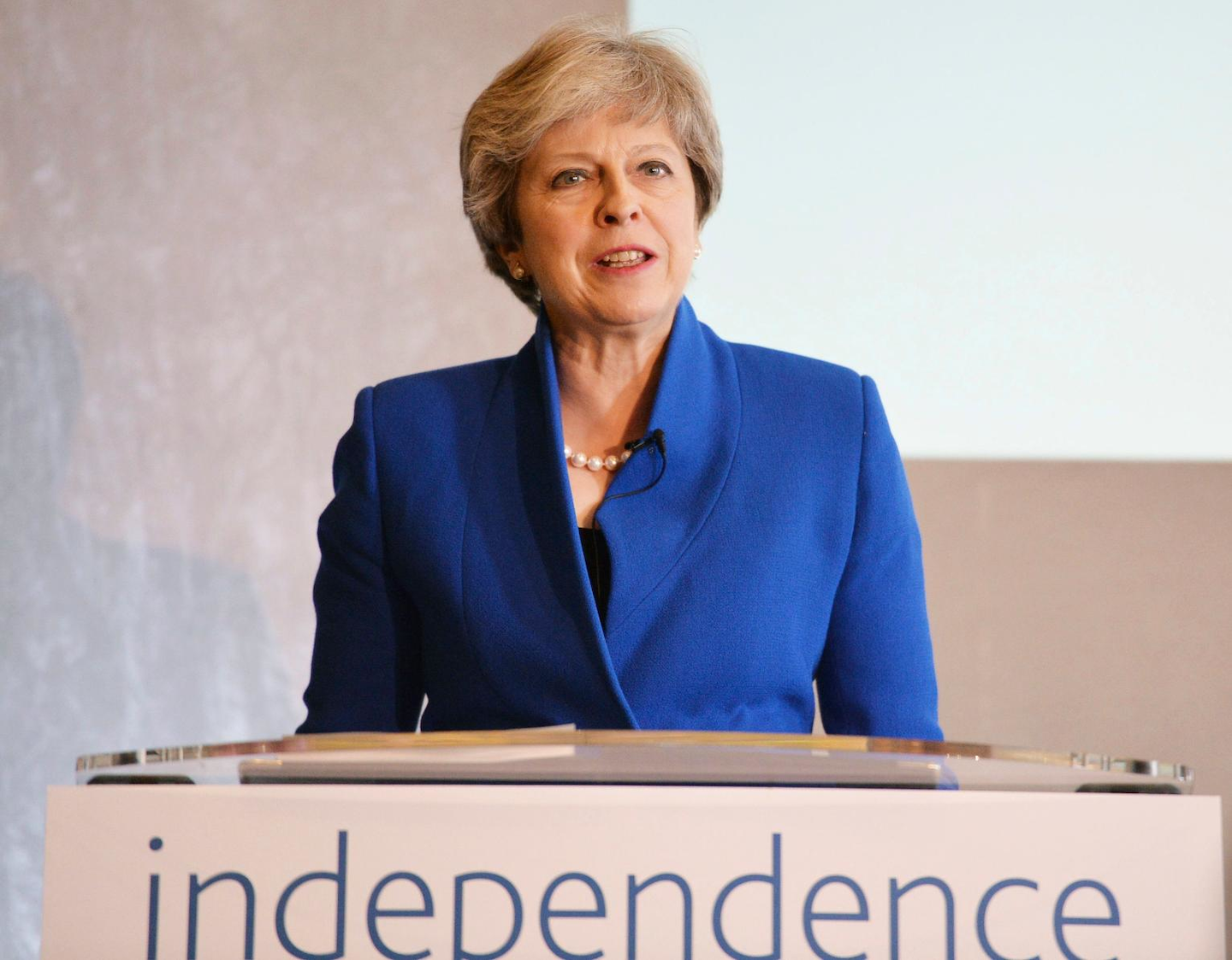 Britain's Prime Minister Theresa May speaking during the Bank of England 'Independence 20 years on' conference, which marks two decades of operational independence from the UK government, at Fishmongers Hall in London Thursday Sept. 28, 2017. May on Thursday lambasted the behavior of Boeing after it complained that Canadian rival Bombardier used unfair government subsidies to sell planes at artificially low prices. (John Stillwell/PA via AP)

Without directly threatening the U.S. aircraft maker, May pointed out that the British government has various dealings with Boeing, particularly in the field of defense.

Boeing alleged that Bombardier received at least $3 billion in subsidies from the governments of Britain, Canada and the province of Quebec, allowing it to sell planes to U.S.-based Delta Air Lines for less than the cost of production. The Chicago-based aircraft maker asked the Commerce Department and the U.S. International Trade Commission to investigate what it called "predatory pricing."

Delta last year agreed to buy 75 of Bombardier's new CS100 aircraft, with an option for as many as 50 more. Bombardier valued the firm order at $5.6 billion based on the list price of the aircraft.

Delta says Boeing doesn't even make the 100-seat planes it needs for short- to medium-range trips.

The spat has raised concerns that Britain and the U.S. could end up in a tit-for-tat trade tussle. That's particularly uncomfortable for a government that is negotiating Brexit and hoping to tie up a subsequent trade deal with the U.S. One of the main motivations of those backing Brexit is that it will untie Britain's hands in trade as the EU currently negotiates trade deals on behalf of its 28 member states.

May said she was working with the Canadian government and leaders in Norther Ireland to "impress" on the U.S. government the importance of Bombardier to Northern Ireland. May's government is also being propped up in Parliament by the votes of the Democratic Unionist Party.

The final decision on whether the tariff will be imposed will be made by the International Trade Center.