Harjit Sajjan repeated a threat to cancel the purchase of 18 fighter jets after a trade complaint against Canadian plane maker Bombardier. 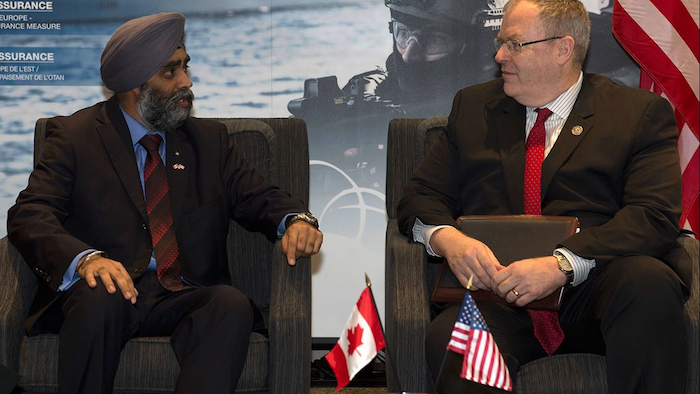 Canada's defense minister repeated a threat Wednesday to cancel the purchase of 18 fighter jets from Boeing Co. because of the company's trade complaint against Canadian plane maker Bombardier.

Harjit Sajjan said Boeing's action against Bombardier is "unfounded" and not the behavior of a "trusted partner." He said buying the Super Hornet fighter jets "requires a trusted industry partner."

Sajjan urged Boeing to withdraw the complaint in a speech. Canada's foreign minister has also threatened to block the order.

"Our government - and I stress this - our government is disappointed in the action of one of our leading industry partners," he said. 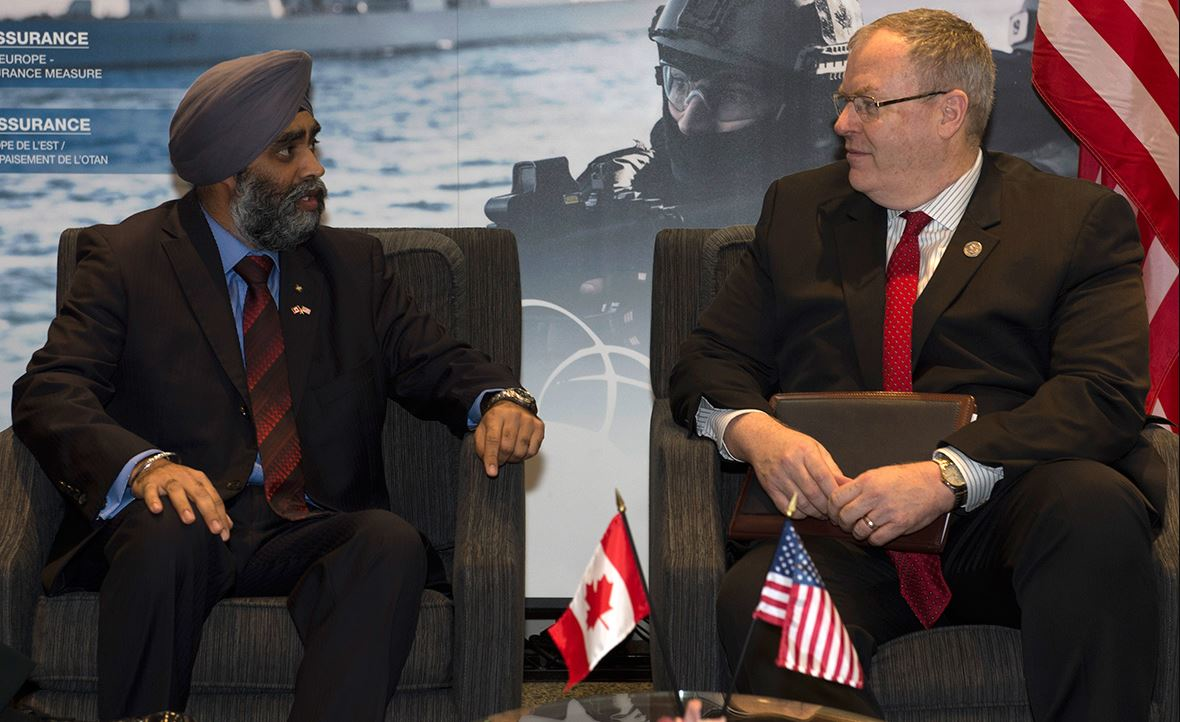 Canada's threat is coming amid increasing trade disputes with the U.S.

Scott Day, a spokesman for Boeing, noted that Sajjan also recognized Boeing as a strong partner in the past and for the future. Day defended the company's trade action.

"This is a commercial matter that Boeing is seeking to address through the normal course for resolving such issues," Day said in an email.

Boeing petitioned the U.S. Commerce Department and the U.S. International Trade Commission to investigate subsidies of Montreal-based Bombardier's CSeries aircraft. Boeing says Bombardier has received more than US$3 billion in government subsidies that let it engage in "predatory pricing."

Brazil has also launched a formal complaint to the World Trade Organization over Canadian subsidies to Bombardier. Sao Paolo-based Embraer is a fierce rival of Bombardier's.

The Quebec government invested US$1 billion in exchange for a 49.5 percent stake in the CSeries last year. Canada's federal government also recently provided a US$275 million loan to Bombardier, which struggled to win orders for its new medium-size plane. But Bombardier won a 75-plane order for the CSeries from U.S.-based Delta Air Lines in 2016. Bombardier said its planes never competed with Boeing in the sale to Delta.

The Canadian government said late last year it would enter into discussions on buying 18 Super Hornet jet fighters from Boeing on an interim basis and hold an open competition to buy more planes over the next five years. Canada remains part of Lockheed Martin's F-35 Joint Strike Fighter program. Sajjan said he would have more to say about the issue next week.

The astronauts had been ordered back into their spacesuits because of a potential collision.
Apr 27th, 2021
Follow Us
Most Recent