It is carrying a broadcast and telecommunications satellite for Canadian company Telesat. 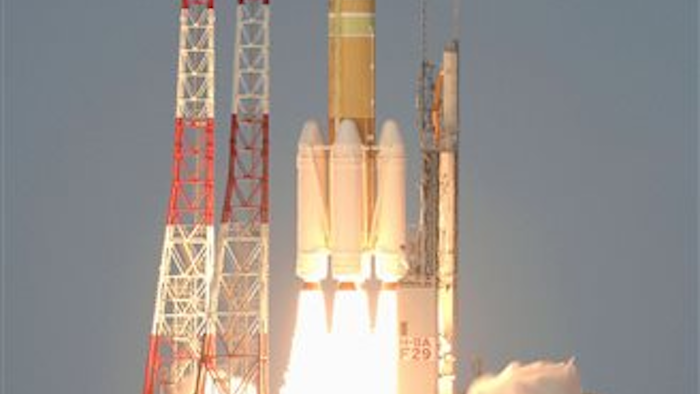 The first Japanese rocket with a commercial payload headed into space Tuesday in a bid by Japan to enter the market for international satellite launches.

The Mitsubishi Heavy Industries rocket took off at 3:50 p.m. from the Japan Aerospace Exploration Agency launch pad on the island of Tanegashima, off Japan's southernmost main island of Kyushu.

It is carrying a broadcast and telecommunications satellite for Canadian company Telesat.

The launch was delayed for about 30 minutes because a boat entered a restricted zone.

The rocket is an improved version of early models that Japan hopes will make it more competitive in the satellite launch market.