Spacewalking repairs may be needed. But first, a replacement part must be delivered via rocket. 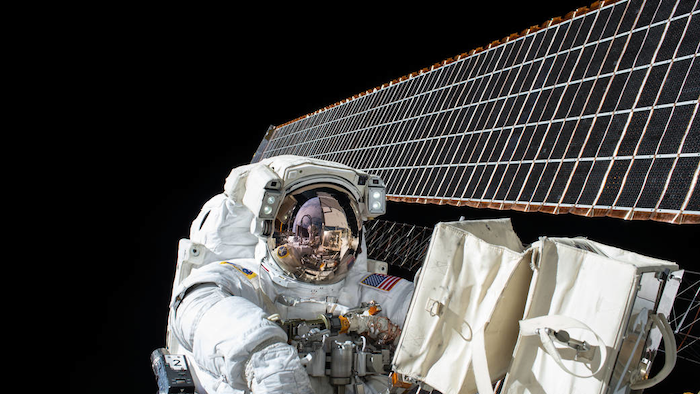 The International Space Station has taken a power hit, and spacewalking repairs may be needed. First, though, a replacement part must be delivered via rocket.

NASA said Monday the six astronauts were left with one less power channel Friday. A short circuit in equipment on the station's framework is to blame. The short apparently tripped a current-switching device, resulting in the loss of one of eight channels used to power the orbiting lab. The affected systems were switched to alternate lines.

NASA spokesman Dan Huot said the crew has been operating normally and is in no danger.

No good spare parts for the job are on board. NASA plans to launch a replacement on a SpaceX delivery scheduled sometime early next year, Huot said. SpaceX has been grounded since a failed launch in June.

NASA's other commercial supplier, Orbital ATK, is on track to make a station shipment in just over two weeks following a one-year hiatus caused by its own launch explosion. But that cargo carrier is already packed for flight.

Orbital remains grounded at Wallops Island, Virginia, scene of the October 2014 accident, but is relying on another rocket maker to deliver the goods from Cape Canaveral on Dec. 3 aboard an Atlas V.

The space station astronauts, meanwhile, observed a moment of silence Monday in honor of those killed Friday in the Paris terrorist attacks. Commander Scott Kelly, NASA's yearlong spaceman, said he was shocked and saddened by the attacks.

"Standing with #France from @space_station. Our thoughts are w you," Kelly said via Twitter over the weekend.