Kelly is more than halfway through a yearlong mission at the International Space Station. 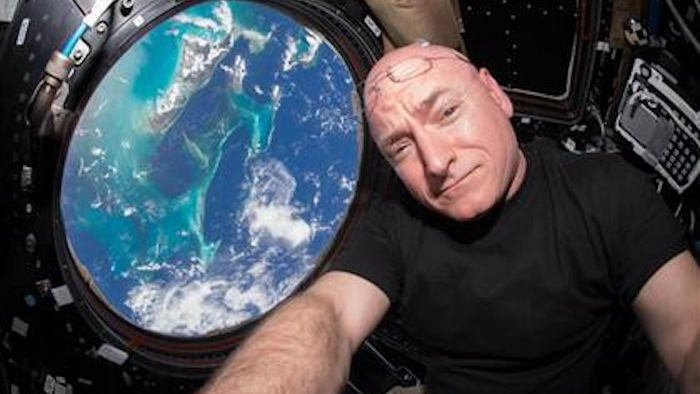 Waking up hundreds of miles above the Himalayas, astronaut Scott Kelly broke the U.S. record Friday for the most time spent in space with 383 days.

Kelly is more than halfway through a yearlong mission at the International Space Station and will eventually set a record for the longest single U.S. space mission.

Kelly tweeted back to Earth that he hopes that his eventual 500 plus days in orbit will be exceeded by someone visiting Mars. He tweeted that his day began with a strikingly beautiful view of the Himalayas and vowed to visit them.

Kelly and his ex-astronaut twin Mark, on the ground, are part of an experiment on the long-term effects of space.

Russia's Gennady Padalka holds the record with 879 days in space.