Photo Of The Day: The Lightest Metal Ever Made

Boeing has developed a new material so light that it's 99.99 percent air. 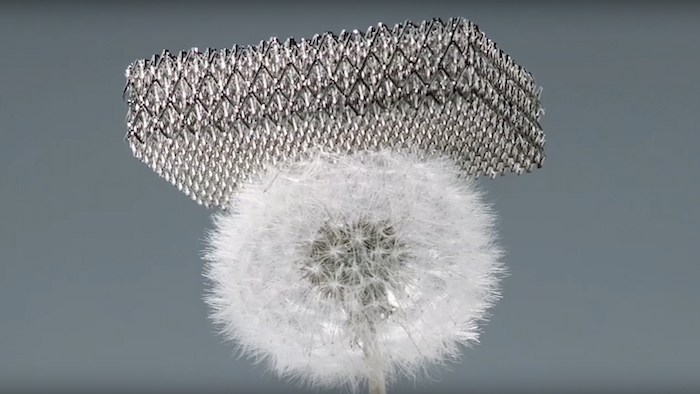 To lighten its aircraft, Boeing has developed a new material so light that it can balance atop a dandelion — because its 99.99 percent air.

The new microlattice is woven with interconnected hollow tubes, the walls of which are 1,000 times thinner than a human hair. Sophia Yang, a researcher with HRL Laboratories, likens the material to bone, which is also lightweight, strong and filled with air pockets.

“If you want to look at just properties in general, then one would be compression, in the sense of energy absorption, and then the second would be lightweight, in terms of very hollow tubes,” says Yang.

Although Boeing released a new video this week detailing the development, the microlattice was first unveiled in 2011.

So far, the material’s proposed main application has been in aerospace, to create a lighter more fuel-efficient craft, but it also holds promise in shipping to replace bulky bubble wrap.