The rocket carried a mysterious payload and 13 nanosatellites. 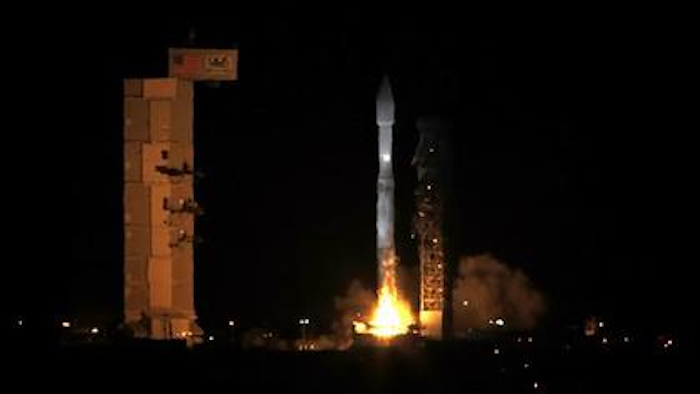 A rocket carrying a secret payload for the U.S. government has successfully launched from the central California coast.

The Atlas V rocket lit up the sky at 5:49 a.m. Thursday, lifting off from Vandenberg Air Force Base toward low-Earth orbit.

The rocket carried a payload for the National Reconnaissance Office, which operates the nation's system of intelligence-gathering satellites. The agency hasn't released any details about the payload.

The rocket also carried 13 research nanosatellites for NASA and the NRO. Students, including some from Native American tribes, took part in designing and building the tiny satellites known as CubeSats.

Thursday's launch was the 58th Atlas V mission since the rocket's inaugural takeoff in 2002.