More than a dozen media organizations challenged the government's ban on the use of drones by journalists Tuesday, saying the FAA's position violates First Amendment protections for news gathering. 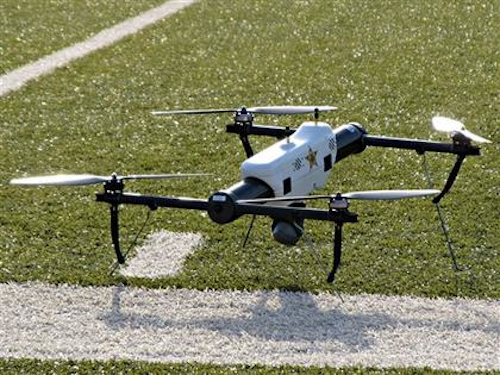 WASHINGTON (AP) -- More than a dozen media organizations challenged the government's ban on the use of drones by journalists Tuesday, saying the Federal Aviation Administration's position violates First Amendment protections for news gathering.

The organizations, including The Associated Press, filed a brief with the National Transportation Safety Board in support of aerial photographer Raphael Pirker. Pirker was fined $10,000 by the FAA for flying a small drone near the University of Virginia to make a commercial video in October 2011. He appealed the fine to the safety board, which hears challenges to FAA decisions.

An administrative law judge ruled in March that the FAA can't enforce its policy against all commercial use of drones when the agency hasn't issued regulations for those uses. The FAA has appealed the judge's decision to the full five-member safety board. Agency officials have said they hope to issue regulations for the use of small drones later this year.

The FAA won't currently issue drone permits to news organizations. Officials have sent warning letters to journalists found to have used small unmanned aircraft — most of them no bigger than a backpack — to take photos and videos. The agency suggested to one Ohio newspaper that it refrain from publishing video of a burning building taken independently by a drone hobbyist, even though hobbyists, unlike journalists, are permitted to fly drones, according to the brief.

"The FAA's position is untenable as it rests on a fundamental misunderstanding about journalism. News gathering is not a 'business purpose.' It is a First Amendment right," the brief said.

Media organizations are intensely interested in using drones for photography and videos because they are far less expensive to buy and operate than a manned airplane or helicopter, and because their size and versatility provide visual perspectives often not possible with manned aircraft.

Integrating unmanned aircraft into the national airspace also has the potential to improve the safety of reporting under less-than-ideal conditions, and unmanned aircraft by their nature pose less risk than helicopters, the news organizations said. Reports on traffic, hurricanes, wildfires, and crop yields could all be told more safely and cost-effectively with the use of unmanned aircraft, it said.

"This brief, filed by the country's leading news organizations, supports the proposition we have argued that federal agencies must consult with the public before banning the use of new technologies that have many beneficial purposes," said attorney Brendan Schulman, who is representing Pirker. "The argument becomes even stronger when First Amendment considerations are taken into account."

FAA officials didn't immediately respond to a request for comment.