Two members of Congress are urging the Pentagon to finish an investigation into two whistle-blower pilots in Virginia who complained about problems with the F-22 fighter jet. 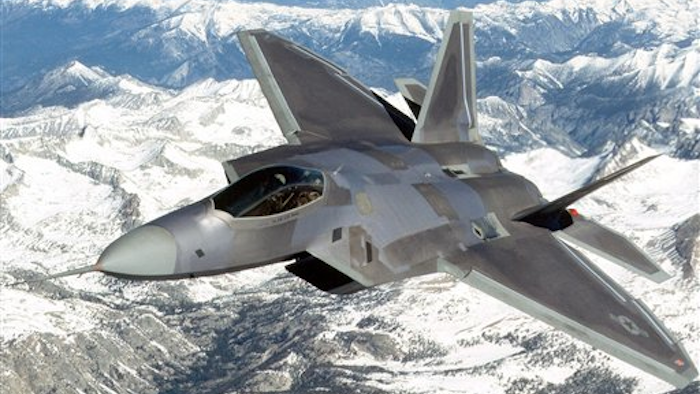 WASHINGTON (AP) -- Two members of Congress urged the Pentagon on Thursday to finish an investigation into two whistle-blower pilots in Virginia who complained about problems with the F-22 fighter jet.

Virginia Sen. Mark Warner and Illinois Rep. Adam Kinzinger say that both Virginia Air National Guard pilots have seen their careers suffer since raising their concerns, including in a "60 Minutes" interview two years ago. In a letter Thursday, the lawmakers urged Defense Secretary Chuck Hagel to complete an investigation into alleged retaliation against the two pilots, Capt. Joshua Wilson and Maj. Jeremy Gordon, assigned to Langley Air Force Base in Hampton, Virginia.

"It is now almost two years since these pilots have come forward, and the Defense Department's investigation is not complete," wrote Warner, a Democrat, and Kinzinger, a Republican. Kinzinger attended officer training with Wilson.

"This drawn-out process sends a chilling message throughout the Air Force, and in all service branches, that if you come forward as a whistle-blower to report wrongdoing, there is a high likelihood that your career will be derailed, you may lose pay and benefits, and you and your family will suffer retaliation," the lawmakers added. "This cannot stand."

The pilots had spoken out about oxygen-deficit problems with the stealth fighter, which have resulted in pilot dizziness, blackouts and other hypoxia-like symptoms.

A lawyer for the two men, Frederick Morgan, said that while both pilots have faced retaliation, Wilson has suffered far more and that his treatment is the focus of the Defense Department's Inspector General investigation. Morgan said that Wilson was making nearly $100,000 a year as a fulltime Air Force employee and as National Guard pilot, but was stripped of both responsibilities. Now, he works just one weekend a month at the base. Wilson has received letters of reprimand and negative evaluations since raising concerns about the fighter jets, the lawyer said.

"Our hope is that the IG determines that Josh was retaliated against, and restores his benefits and status," Morgan said.

The lawyer said that Gordon was removed from flying F-22s, to flying trainers, but he's adjusted to his situation.

The Air Force referred to a statement made by the Virginia National Guard, which said that any pending personnel actions for Wilson are on hold pending the conclusion of the IG investigation.

In 2012, after the pilots' appearance on "60 Minutes," Lt. Gen. Janet Wolfenbarger, assistant secretary of the Air Force for acquisition, told a Senate subcommittee that the pilots would get whistle-blower protections.