SpaceX filed a lawsuit challenging a contract awarded to a joint venture between Boeing and Lockheed Martin to supply 36 rocket cores to the Air Force to send national security equipment into space. 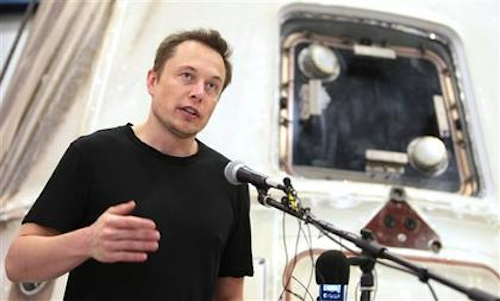 The goal of Elon Musk's SpaceX is to help people live on other planets. First, he'd like a shot at a more straightforward Air Force rocket contract.

SpaceX on Monday filed a lawsuit challenging a contract awarded to a joint venture between Chicago-based Boeing Co. and Bethesda, Maryland-based Lockheed Martin Corp. to supply 36 rocket cores to the Air Force to send national security equipment into space.

SpaceX says the contract should have been open to other bidders. The lawsuit calls for certain launches to be open to competition.

Musk is SpaceX's CEO. He says his company could save the Air Force and taxpayers $300 million per launch.

The joint venture notes its rocket is the only one certified for the Air Force missions and "disciplined" oversight has helped save the program $4 billion.