Why Are Americans Obsessed With Missing Malaysia Plane?

From the beginning, the story has bubbled with enough drama to rival a good Hollywood whodunit. And even though it unfolded on the other side of the world with only three Americans on board, many were sucked in anyway. 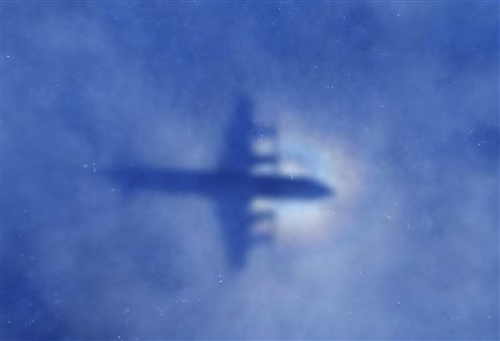 PERTH, Australia (AP) -- From the disappearances of aviator Amelia Earhart to labor union leader Jimmy Hoffa, there's just something about a good mystery that Americans find too tantalizing to resist. Perhaps that's why the saga of missing Malaysia Airlines Flight 370 has continued to rivet the country long after people elsewhere have moved on.

From the beginning, the story has bubbled with enough drama to rival a good Hollywood whodunit. And even though it unfolded on the other side of the world with only three Americans on board, many were sucked in anyway.

"This story has many ingredients of compelling drama, particularly early on: lives at stake, mystery unsolved, a race against time, human emotion," Tom Rosenstiel, executive director of the American Press Institute, said in an email.

Many found it impossible to believe that a modern Boeing 777 carrying 239 people could just vanish without a trace in an age where an iPhone can be tracked just about anywhere.

And so they tuned in to watch the latest developments. And when there were no new developments, they stayed glued to their smartphones because the suspense of not knowing — or possibly missing something new — somehow spiked when nothing was going on. From oil slicks to pings from dying black boxes, each new lead provided a salacious morsel that drove viewers to wonder: Will this be it?

"I find myself drawn into watching or reading about it because it has taken on seemingly mythic worldwide importance," Paul Mones, an attorney from Portland, Oregon wrote in an email. "In this modern world we simply refuse to accept that something so concrete can get so out of our physical reach and understanding. ... People just refuse to concede that the cause of the disaster will likely forever remain unknown."

After six weeks of breathless reporting, not one shred of hard evidence has been found from the jetliner. An unmanned underwater submarine is now using sonar to comb the ocean floor at a depth exceeding 4 1/2 kilometers (2.8 miles) off the west coast of Australia. It is desperately trying to spot something — anything — that resembles wreckage in an area where signals believed to be coming from the plane's dying black boxes were heard.

According to the latest survey by the Pew Research Center conducted April 3-6, the missing plane remained the top news story in the U.S., with 33 percent of people saying they followed it over a deadly shooting at Fort Hood Army base, developments related to Ukraine and President Obama's health care overhaul. That's down from 39 percent in the previous March questionnaire, when nearly half of those asked said they thought the hunt for MH370 was being given the right amount of coverage.

CNN covered the drama ad nauseam for weeks, once breaking into one of its programs to report that objects recovered from the sea could be trash — which is exactly what it proved to be. They featured tons of go-to footage from a flight simulator and a nonstop spool of speculation from talking heads. Everyone had a theory, with some sounding more like a Twilight Zone rerun than a newscast: Could a black hole or even something supernatural be behind the aircraft's March 8 disappearance?

"Enough, already," he wrote. "Give us a break from the missing plane. ... Put your hands up and step away from the story."

But even though its coverage was mocked by "The Daily Show" and spoofed by "Saturday Night Live," Americans kept watching, and the 24-hour news network's ratings kept soaring. CNN, which declined to comment for this story, reported itself that the all-important 25- to 54-year-old viewer demographic more than doubled after its plane reporting began.

But why did interest remain so high in the U.S. when the story lost steam elsewhere? It dropped from most Australian front pages and web sites weeks ago, despite the search being coordinated off its western coast. CNN International tapered its coverage when other big news broke, such as the crisis in Ukraine and the Oscar Pistorius trial in South Africa, even though the missing jetliner was actually an overseas story. Even in China, where two-thirds of the passengers were from, reports never ran nonstop on TV and the clamor on social media also died down.

A month and a half into the massive search that has involved scores of countries scouring thousands upon thousands of ocean miles, the plane was still among the top three stories Sunday on Google news. The only new development was that a robotic submarine was expected to finish its sweep of the seabed in a week.

Part of the obsession may also revolve around the country's gotta-know-now mentality and its social media addiction that gets fed 24/7 by the latest breaking news, raw footage or photos going viral on Twitter, Facebook and YouTube. Since the plane disappeared, it has consistently been one of the top five most-read stories on The Associated Press' mobile app.

A combination of popular TV shows and a history peppered with real-life detective dramas, from who shot President John F. Kennedy to the identity of Watergate source "Deep Throat," may have been factors that tempted Americans to latch onto it.

"It's almost like all the seasons of 'Lost' was the promotional period for this story," said Robert Thompson, a pop culture expert at Syracuse University.

"We have always kind of put a lot of our popular national narrative into these mysteries and conspiracies and all of the rest of it," he added. "And this is a pretty powerful one."