Why Can You Shut Off An Airplane's Transponder?

It turns out there are several legitimate reasons why a pilot might want to shut off this key form of communication that allows air traffic controllers to identify and track airplanes. 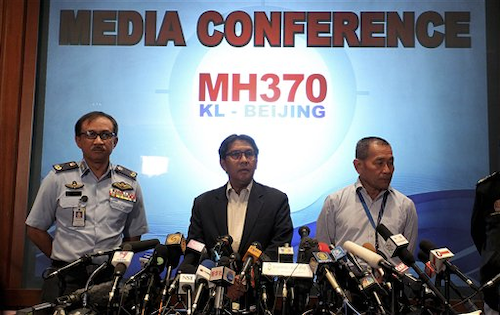 WASHINGTON (AP) -- Ever since Malaysia Airlines Flight 370 disappeared, a fascinated public has asked: Why can somebody in the cockpit shut off the transponder?

It turns out there are several legitimate reasons why a pilot might want to shut off this key form of communication that allows air traffic controllers to identify and track airplanes.

Authorities believe that Flight 370's transponder was intentionally shut off, delaying search and rescue efforts and helping to conceal the plane's location — a mystery unsolved more than 10 days after the Boeing 777 vanished.

It's rare for a pilot to turn off a transponder during flight, but occasionally there is cause.

— The device could have an electrical short or catch on fire. Pilots would want to shut it down rather than risk a fire spreading to the rest of the cockpit or airplane.

— Pilots used to routinely turn off transponders on the ground at airports so as not to overwhelm air traffic controllers with so many signals in one location. That is increasingly less the case as pilots now use "moving map" displays that take the transponder data and show them the location of other planes on the ground, helping guide them around airports without mishaps.

"As long as there are pilots, they'll be able to switch off systems," said Andrew Thomas, editor-in-chief of the Journal of Transportation Security.

Airplanes have two transponders. There are two knobs in the cockpit — one on the right, the other on the left — that control one or the other. When one transponder is on, the other is normally in standby mode.

To turn off a transponder, a pilot turns a knob with multiple positions and selects the "off" setting. The second transponder doesn't automatically activate if the first one is shut down — a knob would also have to be turned. In this case, it appears one transponder was turned off, and the second not activated.

Ross Aimer, a retired United Airlines pilot and former 777 instructor, said it is possible that one pilot could reach up and turn off the transponder without the other pilot seeing it, say if one was looking away or distracted.

In the case of the missing Malaysian plane, even pilots are a bit puzzled by somebody turning off the transponder.

John Gadzinski, a Boeing 737 captain, said that among fellow pilots "there is a raised eyebrow like Spock on 'Star Trek' — you just sit there and go, 'why would anybody do that?'"

Mayerowitz reported from San Diego. With reports from Holbrook Mohr in Jackson, Miss., and Nick Perry in Wellington, New Zealand.