What The World Would Be Like If Engineering Didn't Exist

We, as engineers, all play a vital role in the world actually functioning. Without these job roles being fulfilled by skilled people, the world would start to break down slowly. A world without engineering would be a world without humanity, our ability to design and create makes us unique in the natural world. 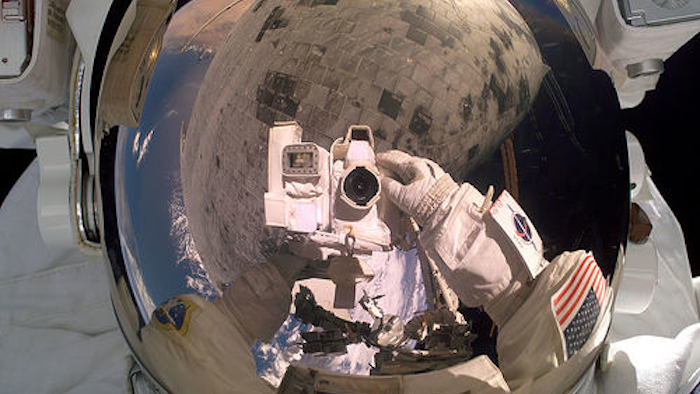 Are you fascinated by the world of engineering? Can you imagine a world without engineering? It might be a tougher question than you think to answer, because many people do not actually know the extent to which we rely on engineering for our world to function, and the amount of work that has gone into it by different types of engineers.

The discipline of engineering is one of the oldest in the world, arguably as old as civilization itself. The first engineers were those who developed the lever, the pulley and the inclined plane. Egyptian engineers designed and built the Pyramids, and Roman engineers conceptualized the famous aqueducts. Today, engineering covers a broad range of disciplines all devoted to keeping the "engine" of our modern civilization running — world without engineering would see disaster happen more often than not.

I have personally worked in many engineering jobs in varied fields, and some of my jobs have seen me move internationally to explore the world of engineering from a number of different countries and cultures. What I can say is this: in every role my skills have developed and expanded, with advanced technology aiding my engineering work. Gone are the days were I had to run out to a construction site and manually repair an engineering fault — now the reliance is upon technology working and managing the fault from a control room.

However, the world does not only function on advanced engineering technology. In order to fully understand the world without engineering, you need to be familiar with the current jobs that make an impact. For example, you can find electrical engineers working for companies like General Electric and Siemens who develop, test and supervise the equipment that keeps our power running. There are the mechanical engineers who physically develop and test all kinds of modern devices, from computers to recreational equipment to vehicles. Civil engineers work to maintain and improve the infrastructure of our modern cities, roads, airports and transportation networks. Environmental engineers help companies comply with environmental law, aid in the cleanup of hazardous waste and consult with corporations and governments on how to avoid environmental problems.

When we think of engineering, we usually think of devices, computer software, complicated mathematics and elaborate building projects that look beautiful to the eye; a stunning piece of architecture or scientific program. But these highly specialized fields are just a distillation of a basic concept that has fueled civilization itself. Engineering has created nearly every aspect of our daily modern lives and it is more than just a skill or design — it's a fundamental way of thinking and interacting with the environment around us.

But that's only scratching the surface. In fact, without civil engineering, there would be neither cities nor landscapes to view. Take away the tallest skyscrapers like the Shanghai Tower in China, the World Trade Center and Empire State building in New York, the Dream Dubai Marina or the Petronas Tower 1 and 2 in Kuala Lumpur Malaysia, and what are you left with? Not much in the skyline anywhere. These tallest buildings have been constructed and engineered to fulfil a purpose over the years.

Without engineering, any structure more modern than a simple hut would be impossible to build. Infrastructure would be gone as there would be no roads, or vehicles to travel on them — building roads has its roots in ancient Roman engineering and is considered not only one of the touchstones of modern life, but the secret to the Roman Empire's long prosperity. Without engineering we simply would be walking along foot paths or game trails.

If you can think of any machine, device, or process that makes life simpler and more convenient for humanity, you are talking about engineering at work. Without it, civilization would barely exist as we know it today. To remove engineering would be to regress humanity back to the most basic innovation; the invention of the wheel. Without engineering, none of the Seven Wonders of the World would ever have existed and even the most basic of tools would not exist. The first forged weapon, the first spear, anything more complex than a thrown rock — all the work of the first engineers, before there was even a name for it.

We, as engineers, all play a vital role in the world actually functioning. Without these job roles being fulfilled by skilled people, the world would start to break down slowly. A world without engineering would be a world without humanity, our ability to design and create makes us unique in the natural world.

Our buildings, roads, vehicles, and technologies make us human. These engineered structures allow us to translate space, communicate across vast distances and extend the limits of our bodies. A decline in the sciences is a serious threat to our global society and the sciences are in decline: The Royal Society reports that scientific doctoral degrees have fallen by 8 percent (in proportion to total PhDs awarded) in the past decade. Meanwhile, the U.S., once a world leader in engineering and math, has seen a massive falloff in students pursuing post-graduate science degrees.

So, it is time to engineer a campaign to revive engineering. Here’s how:

Previous generations had oceans to cross, continents to traverse and an atmosphere to escape. Since the earliest civilizations, people around the globe have been reeled in by the great unknown, so there has been a constant excitement, urgency and determination to explore pervading our race since its earliest beginnings.  Explorers have fueled advances in engineering perhaps more profoundly than any other group, from the wheel to the space shuttle.

Engineering has long been driven by the simple urge to know what else is out there: beyond the next mountain or across the sea. So, to rescue engineering, we must now define new common frontiers and mobilize a widespread sentiment that exploring them is both necessary and admirable. Where should we look to rescue engineering? The depths of the oceans, the far reaches of space and beneath the Earth’s crust.

Bold adventurers climb Everest simply “because it is there.”  They chase records of supersonic flight, try to drive faster than anyone in history, and set out to surf the biggest waves on the planet.  All these endeavors require as much engineering as they do guts and each time someone proves that the impossible is indeed possible, they open up a new world of human potential — one that extends both the mental and physical limitations that stifle innovation.

This is why the ongoing Bloodhound SSC project is so important. Engineers are currently at work on a car they hope to drive faster than 1,000 mph, shattering the current land speed record and inspiring a new generation to redefine the limits of engineering achievement. The attempt is scheduled to take place in late 2015, and could very well create a new era of automotive innovation; it is innovation like this that rescues engineering.

When governments fail to support the sciences, as so many today are, it is the duty of private investors to fuel innovation and revive engineering. Elon Musk and Richard Branson are two shining examples of how entrepreneurs can revive a world of engineering and change it. Branson and Musk are at the forefront of private space exploration, with plans to start commercial flights to space in the near future. Musk’s company, Space X, even managed to launch a shuttle and dock with the International Space Station last year. Elon is also the genius behind Tesla Motors, which is redefining the automobile industry by creating the most sustainable (and stylish) electric vehicles on the road. We need more entrepreneurs like these to keep the world of engineering running.

To spark the innovation needed to overcome our direst social and environmental problems, we must challenge today’s minds to engineer solutions. The Bill and Melinda Gates Foundation provides a brilliant example of how this can be accomplished. They recently held a competition, with a prize of $100,000, to be awarded to someone who could invent an inexpensive and sustainable toilet capable of bringing sanitation to communities in developing nations. The result was a major step forward in the science of sanitation and new hope for a brighter future.

Most importantly, to avoid a world without engineering, we must continue to inspire innovation. In the first month of 2014, a NASA space shuttle, which will soon land on a comet in the hopes of discovering how life began on Earth, awoke from its energy-saving hibernation and sent a message back to Earth — “Hello world” — from 500 million miles away.

Women, in particular, have the opportunity to set some standards with revived engineering, and I’m here today to encourage more females to explore engineering and science, and to get involved in the world of the future. Currently, in the U.K. alone, only 7 percent of females work in engineering — we need to more than triple this.

There is great progress in our world helping to increase this percentage — Jaguar Land Rover, for example, launched their 2014 apprentice campaign which is in search of 150 new recruits and state they want to build on the number of female engineers. Their brand-new initiative takes this into account and is targeted at girls that are between the ages of 10 and 14. I believe more encouragement like this is needed and will revive engineering for women of all ages.

Who knows how many people might space dive in 2016 with the real-life “Iron Man” suit being developed by hi-tech inventors Solar System Express (Sol-X), and the biotech designers over at Juxtopia LLC (JLLC)? I just hope that when this suit is finished, it’s a woman in 2016 who breaks the world record — that alone could help encourage many more women into the industry.

For now, we can embrace what engineering is and the innovation that it brings. We are seeing new forms of engineering and medical devices saving lives every day — the engineering development and manufacturing of medical equipment advancing to an extent that it gives a person with an amputee the ability to walk or run again through an engineered prosthesis.

Having now seen what a world would be like without engineering, it’s important to question if you would be able to cope without it. Do you appreciate it enough to help it live on? What are you doing to keep it around?