The bill has no impact on the Federal Aviation Administration's decision late last year to allow passengers to email, text, surf the Internet and download data using smartphones and other personal electronic devices during takeoffs and landings. Phone calls are another matter. 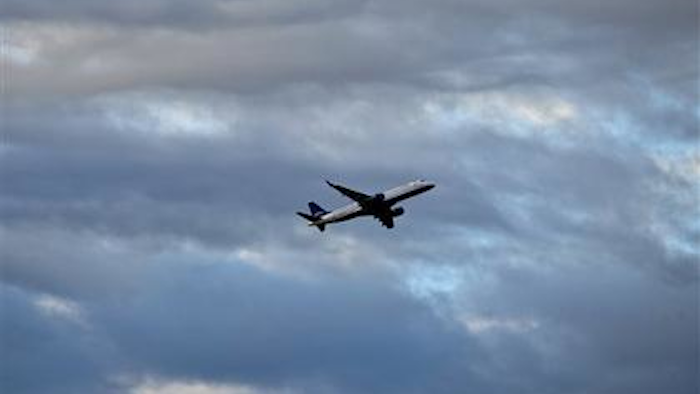 The bill — passed without opposition by the House Transportation and Infrastructure Committee — requires the Department of Transportation to issue regulations prohibiting such calls. The department has already said it is considering creating such a ban as part of its consumer protection role.

The bill has no impact on the Federal Aviation Administration's decision late last year to allow passengers to email, text, surf the Internet and download data using smartphones and other personal electronic devices during takeoffs and landings.

Phone calls are another matter. Both Republican and Democratic House members, some of the nation's most frequent flyers, said they believe in-flight calls would be noisy and disturbing to other passengers and possibly disruptive.

"Most passengers would like their flights to go by as quickly and quietly as possible," Rep. Bill Shuster, R-Pa., the committee's chairman and sponsor of the bill, said. "When it comes to cellphones on planes, tap don't talk."

Rep. Nick Rahall, D-W.Va., said the prospect of "sitting among dozens of people all talking on their cellphones in a confined space raises serious safety, if not comfort, considerations especially at a time when passengers face less legroom, higher fees and pricey flights."

Shuster emphasized that he doesn't fly between Washington and his district, but said he was "looking out for" his congressional colleagues.

He also cited an Associated Press-GfK poll released in December that found a majority of Americans who fly oppose in-flight calls. The poll found that among Americans who have taken more than one flight in the past year, 59 percent are against allowing calls on planes. That number grows to 78 percent among those who've taken four or more flights.

The bill is a response to moves late last year by the Federal Communications Commission to remove the long-standing prohibition on in-flight calls. In December, the commission voted 3-2 to start a months-long public comment process to end the restriction.

Calls during flights have been prohibited for 22 years over fears that they would interfere with cellular networks on the ground. Technological advances have resolved those concerns. FCC Chairman Tom Wheeler has said he wants to repeal the rule, calling it restrictive and outdated. He also wants the airlines, not the government, to have final say on in-flight calling.

Roger Dow, president and CEO of the US Travel Association, said he doesn't "fault the FCC for finding that these calls could be permissible, but I'm thankful that Chairman Shuster and his committee have stepped in to ponder the question of whether allowing them would actually benefit the travel experience."

Some airlines give pilots iPads called electronic flight bags that contain charts and other navigation information. FAA's rule allows use of those devices to continue.