A report by federal accident investigators points to a manufacturing defect as the likely cause of an internal short circuit that led to a battery fire in a Boeing 787 airliner parked at Boston's airport last year. The National Transportation Safety Board report released Monday says an inspection... 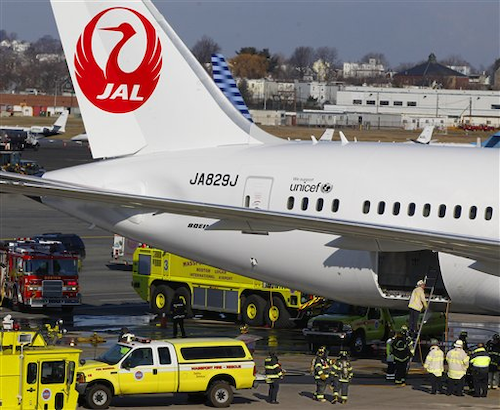 A report by federal accident investigators points to a manufacturing defect as the likely cause of an internal short circuit that led to a battery fire in a Boeing 787 airliner parked at Boston's airport last year.

The National Transportation Safety Board report released Monday says an inspection of the manufacturing plant in Japan where the battery was made found that flaws and debris in lithium-ion aircraft batteries were going undetected.

But the board says most of the fault lies with Boeing for not designing the battery to prevent the most severe effects of a short circuit, and with the Federal Aviation Administration for not identifying the design problem.

The entire global 787 fleet was grounded for more than three months while Boeing redesigned the airliner's batteries, which run the plane's auxiliary power systems.